40 Years of Achievements and Experience 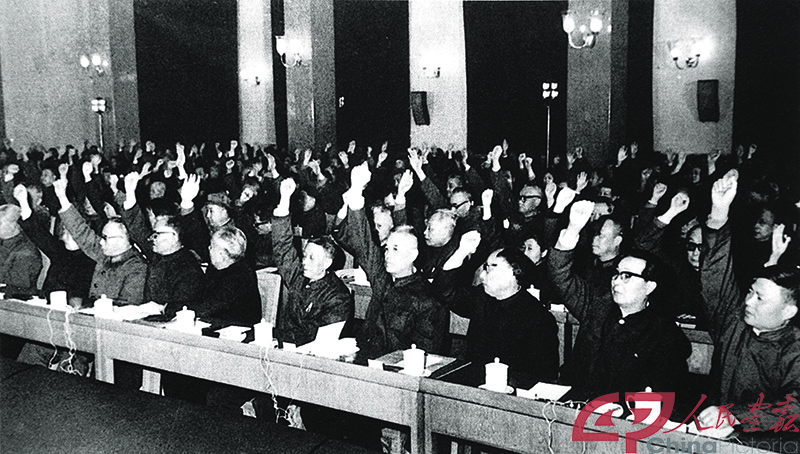 The Third Plenary Session of the 11th CPC Central Committee, held from December 18 to 22, 1978, decided to shift the focus of the Party and the government’s work to economic development and adopt the reform and opening-up policy. CFB

40 Years of Achievements and Experience
Scan with wechat to share

Forty years ago, Chinese leader Deng Xiaoping launched China’s reform and opening up, pushing the country’s development into a new historical period. Today, the times call for a careful review of the nation’s achievements and experiences over the past four decades, which will enlighten and inspire the future development of China and even the world.

The achievements China has made in its 40 years of reform and opening up are mainly evidenced by institutional innovation and economic development.

Institutional innovation includes five key aspects: First, China has explored a path of socialism with Chinese characteristics that meets the country’s national conditions. Soon after the founding of the People’s Republic of China in 1949, it introduced the development mode of a planned economy used in the Soviet Union. In 1984, China presented the idea of building a “system of planned commodity economy,” and then set the goal of building a “system of socialist market economy.” After decades of explorations, the nation has established and constantly improved the system of socialist market economy with Chinese characteristics, laying the basic institutional foundation for its rapid economic growth.

Third, the persistent urban-rural dual structure has been basically broken, and breakthroughs have been made in forging a framework for urban-rural integration.

Fourth, based on its national conditions, China has established and improved a poverty eradication system with Chinese characteristics, which has been proven effective in reducing poverty. To date, nearly 800 million impoverished people in the country have been lifted out of poverty.

Fifth, the new type of urbanization has been increasingly progressing. China’s urbanization rate had risen from 18 percent in 1978 to 59 percent at the end of 2017. Moreover, its urban service level and capacity, energy utilization efficiency, and social governance capacity have constantly improved.

China’s achievements in economic development are demonstrated in the following five aspects: First, its overall economic strength has been remarkably enhanced. In 1978, its GDP was only US$150 billion, ranking 11th in the world. The figure rocketed to US$13 trillion in 2017, second in the world. Second, the added value of its manufacturing industry ranks first globally after increasing from US$60 billion in 1978 to today’s nearly US$4 trillion. Third, its cargo trade volume ranks first in the world after rising from US$21 billion in 1978 to US$4 trillion in 2017. Fourth, its foreign exchange reserve ranks first in the world after increasing from US$170 million in 1978 to more than US$3 trillion at the end of 2017. Fifth, food security in China is now guaranteed. In the early days of its reform and opening up, China’s total grain yield was about 300 million tons—300 kilograms per capita. In 2017, its total grain output exceeded 600 million tons, and per capita output reached 450 kilograms.

Ten key lessons can be drawn from China’s remarkable achievements: First of all, China’s profound history and culture have been converted into driving forces for its development. Second, China has chosen the right, unique development road suited for its national conditions, which is a road to socialism with Chinese characteristics. Third, China adheres to market-oriented reform. Fourth, China has constantly pushed forward its opening up to the world. The country’s opening up can be roughly divided into four phases: introducing foreign investments through building special economic zones (SEZs) starting in 1979, joining the World Trade Organization in 2001 to align China’s trade and investment rules with the world, developing pilot free trade areas (FTAs) since 2013 to facilitate international trade and investment, and introducing the Belt and Road Initiative in the autumn of 2013 to take bolder and wider steps in opening up. Fifth, China has always placed economic work at the top of its agenda. Sixth, China has maintained political and social stability. Seventh, China has taken active measures to facilitate and protect benign competition. Eighth, China places priority on the development of education. Ninth, China has formulated and enacted a series of development plans. Tenth, the Chinese people are diligent and enterprising.

Another secret behind the success of China’s reform and opening up has been taking gradual steps along the road of reform and opening up. For instance, the household contract responsibility system started in Xiaogang Village in Anhui Province, where it was standardized and institutionalized before becoming nationwide practice via the formulation and implementation of relevant policies after it was proven effective in raising grain yield by a large margin. Just like reform in rural areas, urban reform, SEZs and FTAs all followed a similar progressive process.

The success of China’s reform and opening up has been globally significant.

China’s economic strength has greatly improved due to its reform and opening up, so the country is now able to provide more and better public goods and services for people all over the world and make greater contributions to accelerating global economic growth and safeguarding world peace. In recent years, China has contributed more than 30 percent of the world’s economic growth.

Presently, China imports about US$2 trillion of goods and US$500 billion of services from around the world annually and has become a massive commodities and services market. In recent years, China’s outbound investment has surpassed its inbound investment, making it a major net capital exporter of the world. China also took the lead in the establishment of the Asian Infrastructure Investment Bank and the BRICS New Development Bank, which have provided remarkable amounts of development funds for less-developed countries.

Moreover, China has carried out international production capacity cooperation with global partners and built industrial parks in many countries. These measures represent great contributions to promoting the industrialization process of developing countries and helping them create more jobs and revenues.

China is also making greater contributions to improving global governance. Starting in 2019, China will become the second largest contributor to the UN regular budget, second only to the United States. Of all of the five permanent members of the UN Security Council, China has dispatched the largest number of personnel to UN peacekeeping missions. China has moderately increased its investment in the International Monetary Fund and the World Bank according to needs. All of these are conducive to improving the global governance system and enabling international organizations to play a more positive role.

On the other hand, the successful experiences China has accumulated across the past 40 years of its reform and opening up, especially those concerning development path suited for national conditions, poverty alleviation, governance and energy structure transformation, will provide useful references for other countries in the world, especially developing nations.

The author is dean of the Emerging Markets Institute at Beijing Normal University.