Chinese Reference for All 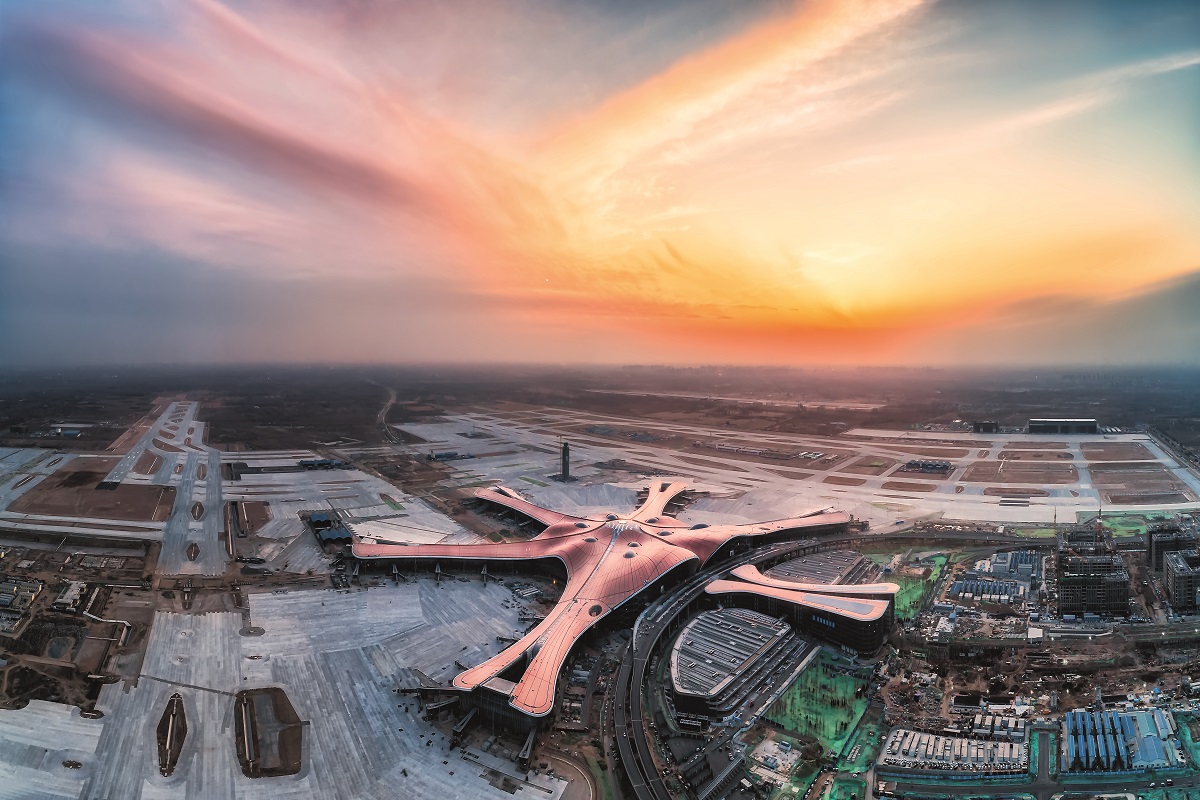 Chinese Reference for All
Scan with wechat to share

Since the founding of the People’s Republic of China seven decades ago, the Chinese economy has achieved remarkable progress. Especially over the 40 years of reform and opening up, China’s GDP has had a nearly double digit annual growth rate. More importantly, China is the only emerging market country to avoid experiencing a systemic financial and economic crisis to date. Moreover, after the 1997 Asian financial crisis and the 2008 international financial crisis, China made significant contributions to the recovery of the world economy.

Contributions to the World

Since the turn of the 21st century, China has exerted an ever-increasing impact on the world economy thanks to its rapid economic growth. After 1990, the Chinese economy contributed more than 10 percent to the world’s economic growth. Since the international financial crisis in 2008, the figure has remained at around 30 percent.

As more emerging economies and developing countries represented by China catch up in terms of economics, the global economic convergence, which previously existed only in theory, finally became a reality of world economic development. From 1978 to 2017, the global share of GDP in low- and middle-income countries increased from 21.3 percent to 35.3 percent with the proportion of China’s GDP in the total economic output of low- and middle-income countries increasing from 5.3 percent to 36 percent.

As a result of the convergence of the global economy, per capita income in developing countries has increased substantially, and the world’s population living in absolute poverty and the incidence of poverty have both declined to unprecedented lows. Between 1981 and 2015, the world’s population in absolute poverty, according to World Bank standards, decreased by 1.14 billion, down more than 60 percent.

“China has more than 1.3 billion people and more than 700 million people have worked their way out of poverty in just 40 years,” notes John Sfakiyanakis, director of economic research at the Gulf Research Center, a Riyadh-based think tank. “China’s economic achievements have attracted worldwide attention. The rest of the world can learn valuable lessons from the successful poverty alleviation practices in China.” He believes that China’s economic development has boosted global economic growth and played a key role in the world economy.

How Could It Happen?

How could the Chinese economy create a miracle by maintaining such steep growth for more than 30 years? To answer this question, Chinese economists have proposed a theory on comparative advantage development strategy. The original theory has existed for two centuries, but it used to be just an economic theory. Chinese scholars have expanded this theory to explain the overall economic development of a country and have proposed that a country use its own factor endowment advantages to develop industries with comparative advantages. As far as China is concerned, the labor force had been the most abundant production factor for a long time. Therefore, it was logical for China to leverage the labor advantage by developing labor-intensive industries in the past. This theory, as well as policy recommendations based on it, is recognized by many developing countries.

Certainly, emphasizing the contribution of the comparative advantage strategy to China’s economic growth does not diminish the achievements China made in its planned economy era. Consensus in the international development economics community is that export-oriented development models based on comparative advantages have not been successful in all countries. The commonality of successful economies is that they already had higher levels of human capital and a solid industrial base before adopting this model. These are precisely the prerequisites China completed in the planned economy era. Comparing China with the same period of India highlights China’s advantage in the popularity of basic education, the improvement of population health and the establishment of an industrial base. In terms of industry, although the strategy of prioritizing heavy industry in the planned economy period led to an imbalance in the national economy, rapid capital accumulation has greatly accelerated China’s industrialization process and laid a solid foundation for economic growth after the country’s reform and opening up.

China’s economic reforms and its opening up to the outside world have been simultaneous. In the process of opening up, China has formulated many new ideas and theories. The country adopted a strategy of digesting and absorbing advanced foreign ideas and concepts before adapting them to China’s actual national conditions. The government has carried out reforms with Chinese characteristics through a shift from simpler operations to more complex ones.

“Secondly, the Chinese government always adheres to the reform and opening-up policy, upholds the Four Cardinal Principles, and focuses on development by liberating and developing social productive forces. And the government endeavors to maintain stability of the economy, society and politics, and respect common sense, and capitalize on general trends,” Zhang adds.

According to Zhang, the third characteristic of the Chinese mode is that the government always stays patient, devises strong strategy and considers worst-case scenarios. It notes historical inheritance and continuity of the past, present and future of the nation while attaching importance to international experience and learning from the international perspective. To implement a reform, the Chinese government first chooses a pilot project and then promotes it to larger scale only after summing up gained experience. The government also deftly inspires motivation from grassroots groups and kindles public enthusiasm.

The People’s Republic of China has completed a glorious journey of 70 years. During its first 30 years of exploration in terms of economic development, it collected experience and lessons, and over the last 40 years, it has focused on innovation and harvested fruitful results. A glance at the process of China’s reform and opening up reveals a clear logic line which will undoubtedly provide a good model that can be used by other developing countries.

“There is a prevalent opinion in the West predicting that after China becomes strong, it will export its own mode and force other countries to follow its path,” says Zheng Yongnian, director of the East Asian Institute of the National University of Singapore. “After all, the most typical mindset in the West has long been ‘I’m the best, so you have to learn my ways.’ But no development mode dictates specific steps or a beginning or end. They are all constantly evolving.”

According to Yao Yang, dean of the National Development Research Institute of Peking University, China’s practice can serve as reference for other countries. But the systems in various countries are all different. China does not “export” its development mode. China has consistently advocated that countries choose development paths that suit their national conditions. “But China’s practice can be a textbook for other countries, especially developing countries, to help them learn from each other and improve their own governance,” Yao remarks. China will continue to carry out practical exploration and strive to make new and greater contributions to the world.