Chinese Theater in an Extraordinary Century 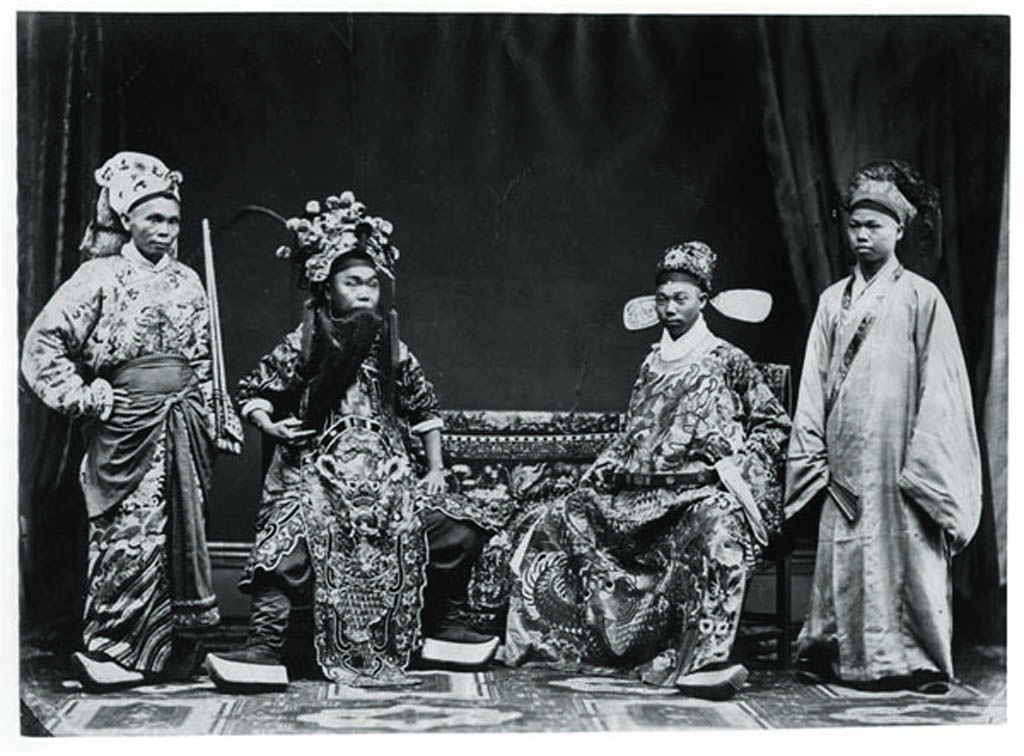 Photo of a theatrical performance taken by a foreign photographer in the early 20th century.

Chinese Theater in an Extraordinary Century
Scan with wechat to share

For thousands of years, the Chinese people lived in a society largely supported by an agricultural economy. The decades before the turn of the 20th century and the subsequent 100 years brought dramatic changes to lifestyles in China due to the huge influence of the outside world and modernization. The fate of Chinese theater over the past century mirrors the transformation of much of the art that prospered in ancient China.

Social turmoil and chaos exerted intricate influence on Chinese theater in the early 20th century during the waning years of the Qing Dynasty (1644-1911). After emerging during the Song Dynasty (960-1279) and the Yuan Dynasty (1271-1368), Chinese theater had matured by the Ming (1368-1644) and Qing dynasties. The more popular forms such as Kunqu Opera were performed all over the country alongside various local theater arts. In this context, the classical narratives and wealth of performing skills developed over hundreds of years laid a solid foundation for Chinese theater to survive in the 20th century. As modernization continued, new cities exerted a powerful impact on Chinese theater with new venues and forms.

China’s 20th century fell into two roughly equal halves with the founding of the People’s Republic of China in 1949 as a demarcation line. In the second half of the century, Chinese society and its theater endured tremendous changes, during which theatrical development continued with new variations springing up in scripts, acting techniques, music, and stage art. Such factors were reliant on interactions between traditional and modern operatic systems as well as competition between the two, which led to the rise and fall of Chinese theater in that century. Alongside these factors was a stronger force: the innate human desire for entertainment and its influence on the content of theater. Theater should be a form of recreation. It is this impulse that ensures a steady flow of successors of the art, creating a cornerstone for survival of traditional theater arts in different social environments.

Author Fu Jin, born in 1956, is a professor at the National Academy of Chinese Theatre Arts. An expert on Chinese theatrical theory, he spent 20 years writing this book of 1.2 million Chinese characters, based on rich historical materials, deliberate discourse, and coherent analysis.

To facilitate better understanding of Chinese theater by global readers, the book is now being translated into English. The first and second volumes of the English version have already been published.