E-commerce in the Mountains 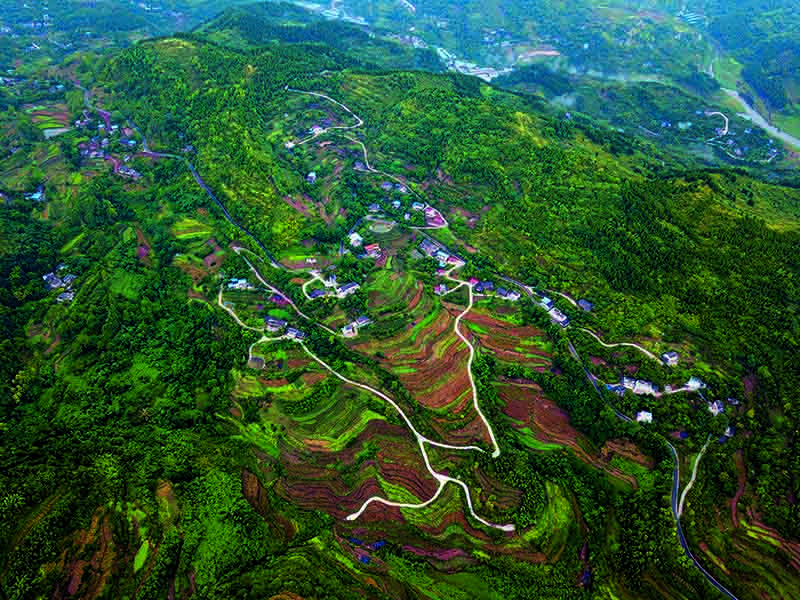 Most of the land in Fengdu County is covered by mountains, making transportation inconvenient and hindering access from the outside. by Xu Xun

E-commerce in the Mountains
Scan with wechat to share

Born in 1986, Zhang Yuan worked as a cook in Beijing before he quit in 2015 to start a business back in his hometown in Fengdu County, southwestern China’s Chongqing Municipality.

Located in southwestern China, 99 percent of the land in Fengdu County is covered by mountains, making transportation quite inconvenient. Limited by poor geographical conditions, local farmers used to have meager market access. They could hardly sell agricultural products at a decent price and had to feed their heavy spoilage to pigs.

“Why not buy the farmers’ products and package them nicely to sell online?” Zhang thought.

Zhang’s hometown, Tianshui Village in Xingyi Town, is 500 meters above sea level, making it quite suitable for pumpkin cultivation.

To persuade villagers to grow pumpkins en masse suitable for online sales, Zhang carried the seeds over the mountains himself to place in villagers’ hands and gave them technical guidance free of charge.

At first, many farmers doubted him. “Pumpkins are everywhere,” they declared. “Why would anyone buy from your site?”

“I guess you’ll find out when I sell out,” Zhang replied with confidence.

Thanks to his sound judgment of the market conditions, in the summer of 2018, the pumpkins he collected from the farmers became an online hit and attracted as many as 200 orders a day. This year, many more farmers approached him to ask for pumpkin seeds and instruction in planting methods.

In the process of starting his business, Zhang received considerable technical support from the local government. Now, his online store is developing fast and his product line has expanded beyond pumpkins to include a variety of local specialties, such as sweet potatoes, peanuts, rice and pears.

To solve the farmers’ poverty problems and take agricultural products to the market, the Fengdu government is working to connect the entire county with an e-commerce service network as it encourages young active farmers to become online retailers.

In addition to buying wholesale agricultural products and distributing them widely, e-commerce retailers also play logistics roles as they transport goods from villages to the distribution center in the county seat.

It used to take three to five days for express delivery between the village and the county seat, but now it takes less than two days, which has greatly accelerated the development of rural e-commerce in the mountains.