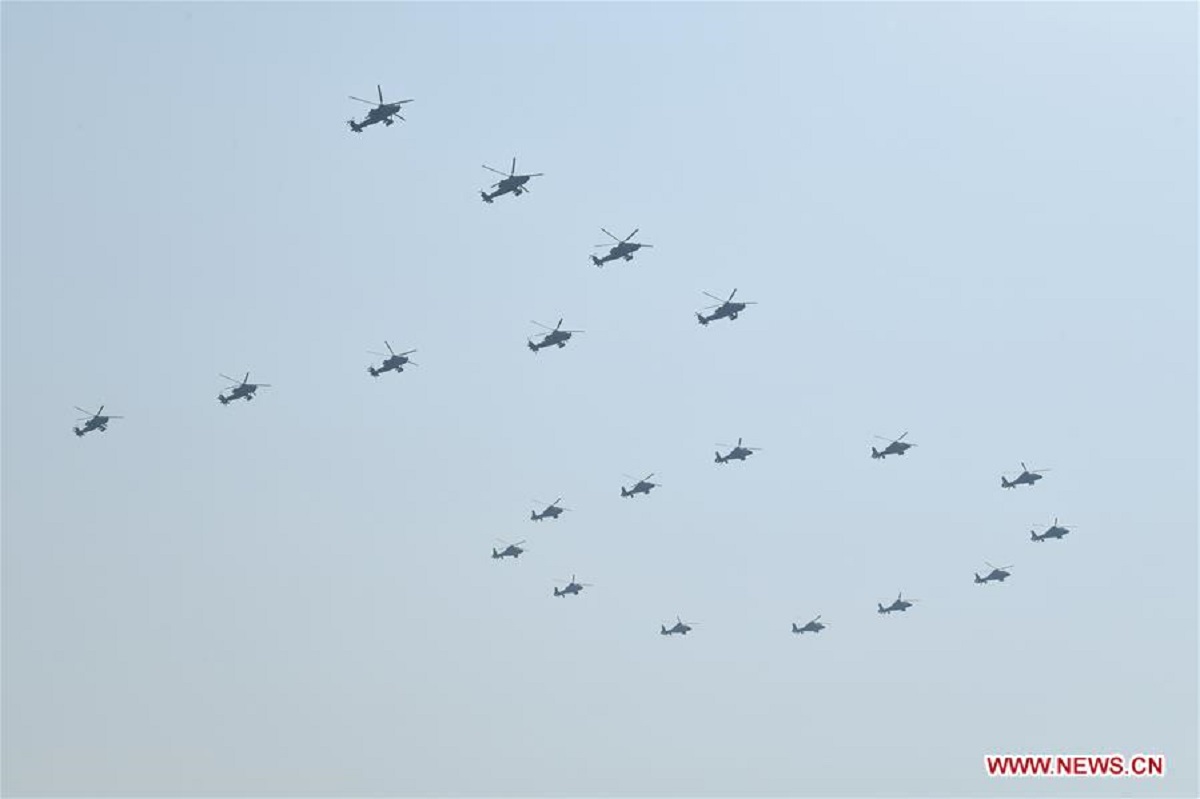 An air echelon escorting flags flies over Tian'anmen Square during the celebrations marking the 70th anniversary of the founding of the People's Republic of China (PRC), in Beijing, capital of China, Oct. 1, 2019. (Xinhua/Liu Xiao)

Each flag was carried by a Z-8B transport helicopter and guarded by two Z-10 armed helicopters on both sides.

On the ground, a formation of Guard of Honor marched along the east Chang'an Avenue to Tian'anmen Square, holding high the CPC flag, the national flag and the PLA flag.