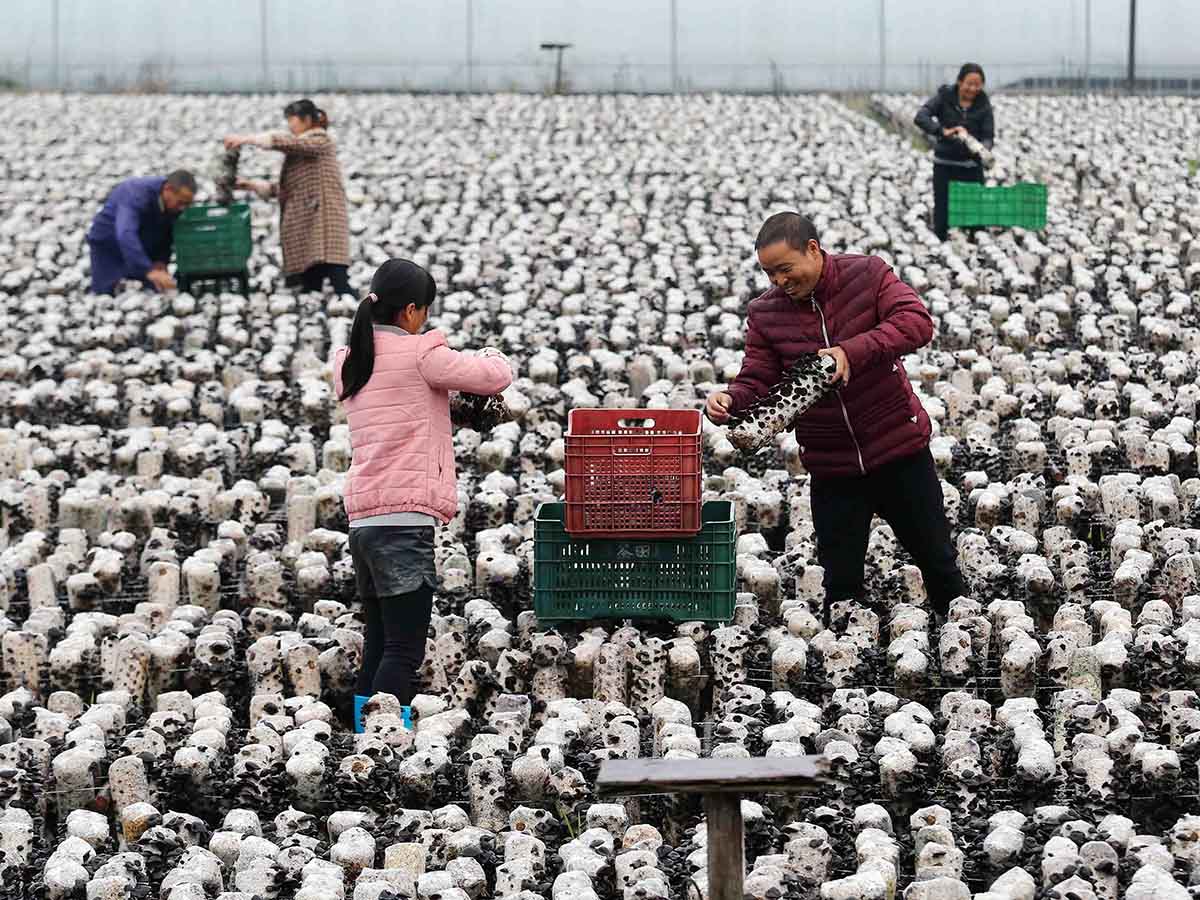 These work priorities are in line with China’s “No. 1 central document” in 2019. The document, the first policy statement released by China’s central authorities each year, prioritizes the development of agriculture and rural areas again this year. To prioritize rural and agricultural development and ensure that the living standards of rural residents reach the level of moderate prosperity in all respects, the key lies in establishing long-term and stable mechanisms for development. China already possesses abundant experience with and has developed effective measures on issues related to agriculture, rural areas, and farmers. Thus, during the country’s rural revitalization process, aside from addressing new problems and devising new policies, more importance should be attached to the continuation of existing effective policies and positive trends.

The importance of long-term mechanisms is first embodied in the field of poverty alleviation. At present, China’s targeted poverty alleviation has entered the final stage, with about 16.6 million people still living in poverty. More poverty-stricken counties, villages and households will be lifted out of poverty in the near future. Currently, the focus of China’s poverty alleviation work has shifted to consolidating progress, preventing the people that have been recently lifted out of poverty from returning to poverty, and guarding non-poor population, particularly the low-income group, against poverty. China’s 2.8 million officials living and working in villages and the local village leaders have played an important role in improving rural governance and promoting rural development. Thus, a long-term mechanism is required to promote the institutionalization of this personnel system and sustain it.

Furthermore, such phenomena as short-term actions as well as emphasizing construction while neglecting management appear from time to time. For example, after the completion of some rural infrastructure projects, facilities soon break down due to the lack of a long-term mechanism for maintenance and management. Besides, the modern trends in development requires the promotion of new and good customs in some rural areas, but it cannot be done overnight. Thus, a long-term working mechanism is also required.

At present, establishing long-term mechanisms to prevent formalism and shortsighted actions are the key points related to work on agriculture, rural areas, and farmers. One thing calls for special attention: during China’s 13th Five-Year Plan (2016-2020), the country aims to relocate 10 million impoverished people from inhospitable areas, a complicated and arduous task. If, in order to complete the task, relocation projects are hastily carried out without thoroughly establishing related industries for the further development of relocated populations, these people are not in a true sense lifted out of poverty. Some people may even return to poverty not long after being lifted out of it.

Liu Yongfu, minister of China’s State Council Leading Group Office of Poverty Alleviation and Development, took questions regarding winning the last battle against poverty at a news conference during the second session of the 13th NPC on March 7, 2019. He stated that only when relocated people are able to adapt to their new environment and earn stable incomes through work and their new places have adequate related industries can they be truly lifted out of poverty.

Establishing long-term mechanisms also calls for supporting policies and measures. To avoid campaign-style work on agriculture, rural areas and farmers, adequate supporting measures are needed, such as financial support. However, only emphasizing the importance of the work or even releasing more bank loans cannot solve the problem. Building long-term supporting mechanisms such as the rural financing mechanism, the rural credit mechanism and the rural insurance mechanism are the key points.

Furthermore, realization of rural revitalization calls for abundant professional and high-caliber personnel. To retain those who understand and love agriculture, rural areas, and farmers in jobs in rural areas, it is necessary to carry out reforms in various aspects such as mechanisms for talent selection and evaluation, worker payment systems, and professional development mechanisms. Only in this way will the situation of professionals migrating away from rural areas be quickly changed. Rural areas will become the place to attract professionals and work on agriculture, rural areas and farmers will become attractive jobs.

This year’s government work report emphasized “long-term mechanisms.” It declared that “we will move toward completion of the 13th Five-Year Plan’s construction tasks for planned relocation of poor populations from inhospitable areas, and strengthen follow-up support,” and that  “support policies that apply to counties and populations that have recently been lifted out of poverty will be maintained for a period to consolidate progress in poverty alleviation.” Just as Premier Li Keqiang stated in the government work report, the further China gets in this crucial stage of the fight against poverty, the greater the need to tackle real problems with attention paid to details, to be certain to deliver substantive, sustainable outcomes that stand the test of time.

The author is the head of the Center for Rural Environmental Social Studies and a researcher with the Institute of Sociology, Chinese Academy of Social Sciences.