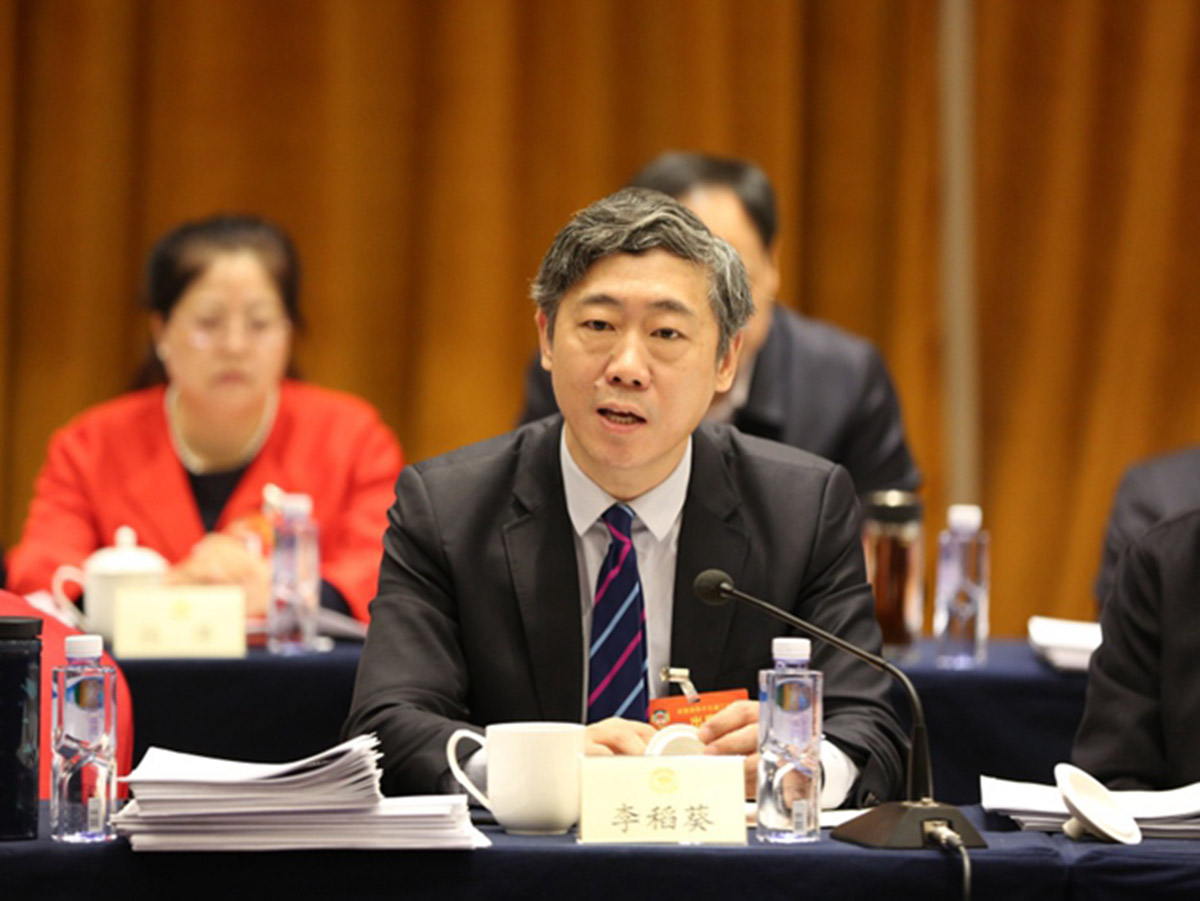 Li Daokui, a member of the 13th National Committee of the Chinese People's Political Consultative Conference, speaks at a sideline discussion during the Two Sessions on March 9 (MA XIAOWEN)

“China has essentially become a leader in promoting globalization,” pointed out Li Daokui, a member of the 13th National Committee of the Chinese People's Political Consultative Conference and a professor at Tsinghua University, told Beijing Review. According to Li, China has repeatedly declared its strong determination to push ahead with its multilateral policies.

“Once the draft law is introduced, it will replace the three laws that initiated China's reform and opening up. As a fundamental law targeting foreign investors, it will serve as an exemplary case in the world,” Li said.

Defined as a fundamental law for the investment of foreign business, its research and revision work started in 2011, followed by the first inspection and comments for the public in 2015. In December 2018, the draft Foreign Investment Law was reviewed. On the same day, the draft was available for public inspection as people were encouraged to leave comments before February 24.

Li believed, the most important effect of the law lies in the reassurance brought to foreign investors in China, as it involves intellectual property protection, routine operations in China and market access as well as participation in government procurement and the formulation of China’s national standards.

Compared with the version concentrated comments from the public in January 2015, the new draft law reflects the demands in a new era of globalization, which emphasizes no differences between countries but commerce and global economic integration, Li said.

The new draft of the Foreign Investment Law has accurately targeted problems facing foreign businesses in China in recent years. He stressed that the new draft law will adopt a negative list to manage the access of foreign capital and also stipulates a new management system of the pre-establishment national treatment plus a negative list.

"The draft can further elaborate on the negative list, on which the items still need to be cut. The concepts are not only in line with China's economic interests but also global interests," Li said.

He stated that the draft is remarkable in terms of intellectual property protection, opening government procurement and business operations. Li suggested that the law can also explicitly encourage foreign companies in China to carry out independent innovation. Once the new draft of the Foreign Investment Law is passed, the influx of foreign high-end manufacturing investment will enhance development concepts and domestic industries instead of bringing brunt.

The draft foreign investment law was submitted to the Second Session of the 13th National People’s Congress, on March 8. According to a spokesperson for the meeting, the draft law will be deliberated on March 15.