Twenty Years on the Internet 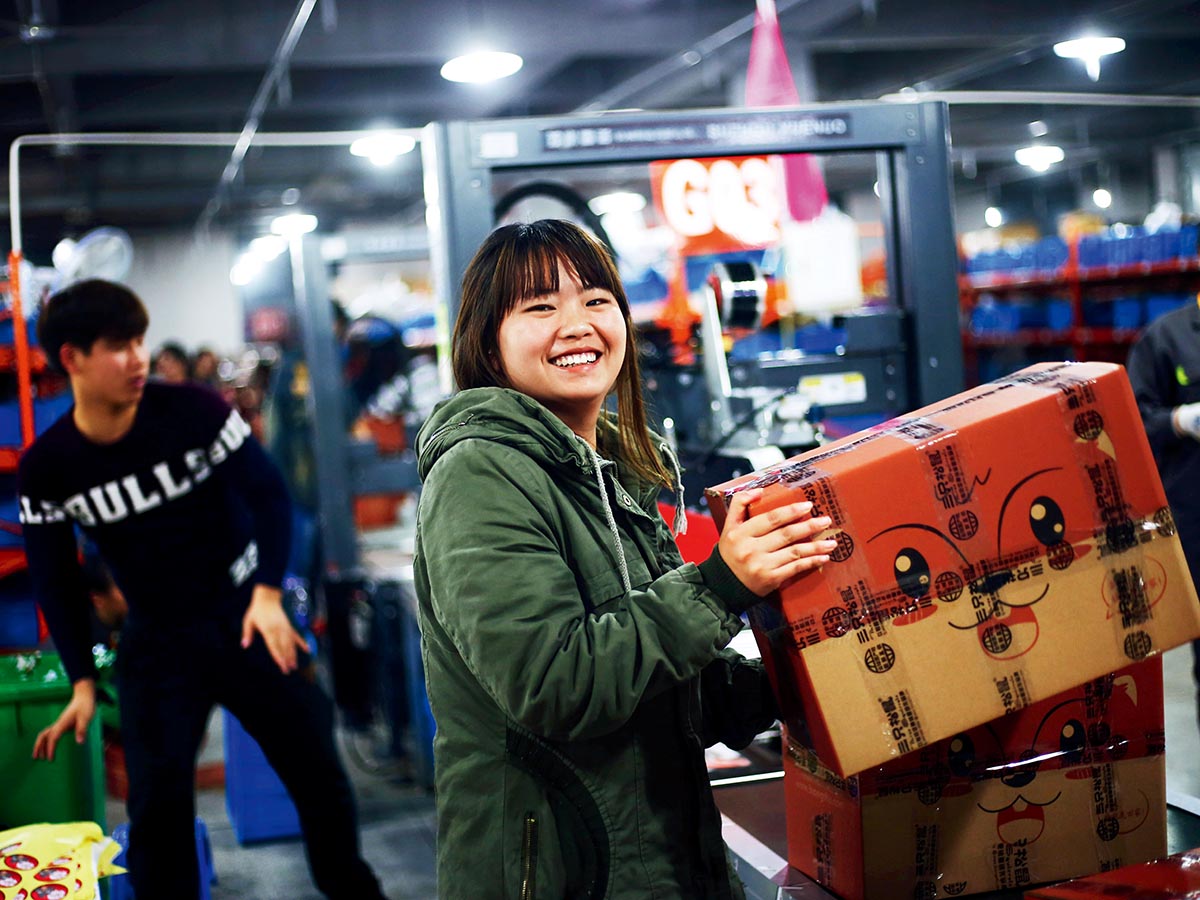 November 11, 2015: At the “Double Eleven” shopping day, many temporary workers are hired to help with order fulfillment and distribution in Wuhu City, Anhui Province. VCG

Twenty Years on the Internet
Scan with wechat to share

In the early 1970s, the fifth technological revolution featuring information and computer technology began with the emergence of considerable new infrastructure such as the internet, digital remote communications, high-speed logistics and transportation systems and new types of power grids.

“As an icon of the fifth technological revolution, e-commerce has undergone a process from brewing, outbreak, clustering and expansion to maturity during the past 20 years in China,” remarked Professor Ouyang Rihui at China Internet Economic Research Institute of the Central University of Finance and Economics, who conducted a long-term study on the influence of the fifth technological revolution on China’s economy, especially the internet economy.

In April 1994, China achieved full functional connectivity with the internet. Over the following decade, Dangdang, Taobao, JD and other domestic e-commerce enterprises emerged such as some foreign e-commerce giants as eBay and Amazon also entered the Chinese market.

In 2005, the State Council of China issued the first guidelines to boost the development of e-commerce when the scale of Chinese netizens began to grow rapidly, competition in e-commerce business intensified, and technology in the field entered a period of comprehensive innovation.

In the early stage of e-commerce development, sellers and buyers lacked mutual trust, and procedures to use online banking services were very complicated. Taobao, a major online shopping website run by Alibaba, broke the payment bottleneck by launching a third-party online payment solution. In 2005, Alipay became an independent third-party mobile and online payment platform. Since then, JD, Suning and other e-commerce giants have also released online payment products.

Nowadays, each step of Chinese consumers’ shopping process has achieved digitalization, from discovering and researching commodities to purchase, payment, delivery, and post-sale service—everything is conducted online. The digitalization level of Chinese consumer behavior is number one in the world. According to a joint survey conducted by Boston Consulting Group, Ali Research Institute, and Baidu Research, China’s online retail sales accounted for 16.4 percent of total social consumer goods purchased in 2016, with a proportion 1.5 times higher than that of the United States.

Data from the China Internet Association shows that the total amount of e-commerce transactions in China reached 3.14 trillion yuan(US$457billion) in 2008, and the figure grew tenfold to 31.63 trillion yuan in (US$4.6 trillion) 2018.

Over the past five years, the Belt and Road Initiative has received wide support around the world, and e-commerce cooperation between China and other participating countries has developed rapidly. Through cross-border e-commerce, Chinese goods have been sold to more than 100 countries and regions such as Russia, Israel, South Korea, Vietnam and more.

According to the statistics from the Ministry of Commerce, in 2018, China’s total cross-border e-commerce retail sales reached 134.7 billion yuan (US$19.62 billion), an increase of 50 percent year-on-year. At the same time, commodities from all over the world were sold to Chinese consumers through cross-border e-commerce platforms.

In 2009, the mobile internet began to emerge. In 2012, the number of China’s mobile internet users surpassed that of PC users for the first time. Thanks to the wide coverage of 3G and 4G mobile networks and the popularity of smartphones, the normalization of mobile payments changed the offline payment habits of Chinese consumers, and mobile phones replaced wallets.

Nowadays, whether in large chain stores like Carrefour and Walmart or grocery stores and roadside food stands, people can easily complete payments just by scanning a QR code with their mobile phones.

Cashless society has taken shape in many Chinese cities. Hangzhou in China’s southeastern Zhejiang Province, where Alibaba’s headquarters is located, has become a leading “cashless city.”

Since 2015, innovative digital applications and business models have been springing up continuously. The platform economy and the sharing economy have seen fierce competition among major players including food delivery platforms Meituan and Ele.me, car-hailing platforms such as Didi Chuxing and Dida Chuxing, and bicycle-sharing enterprises such as Mobike and Hellobike.

The integration of online and offline services has been the general trend of the internet economy. In fact, many traditional industries, including transportation, medical care, entertainment, education and tourism, have quickened the pace to embrace the internet. The catering industry is a good example: Digitalization has upended the dining habits of Chinese consumers. Every step of dining from queuing, ordering, delivery and payment to membership management is now conducted on mobile apps.

In the future, the maturity of 5G technology and the consumption-based internet economy will further drive the development of the industrial internet, and the manufacturing industry will integrate deeper with the internet. An even bigger change in the internet economy is on the horizon.