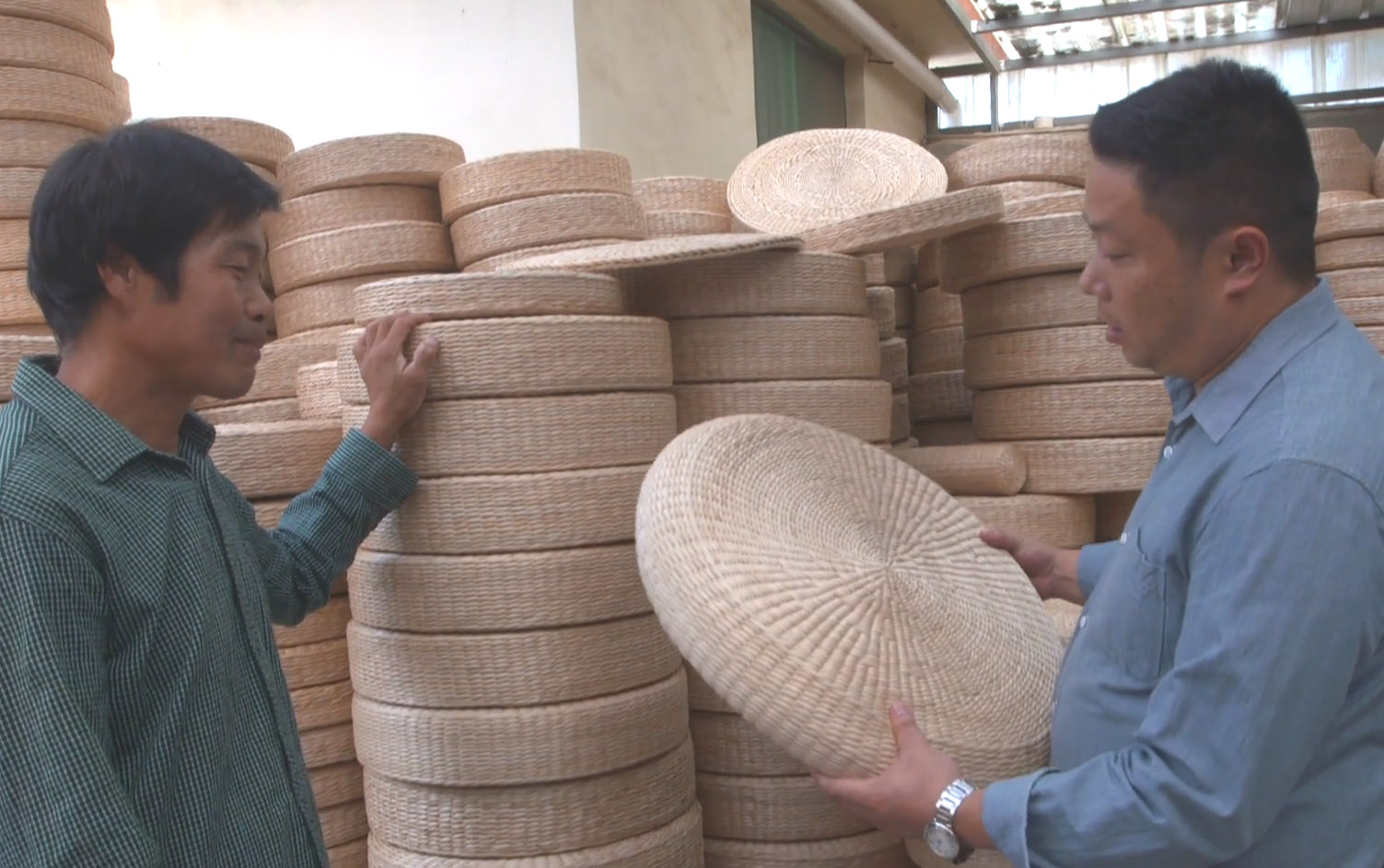 Jia Peixiao (right) owes his success to his perseverance, memories of his grandmother—and the humble straw.

Jia Peixiao owes his success to his perseverance, memories of his grandmother—and the humble straw.

The 38-year-old from Wantou, a village in east China’s Shandong Province, embraced e-commerce in 2006 with an online store selling straw products. Three years later, he set up shop on Tmall, Alibaba's online business-to-consumer marketplace. In merely three years, his sales tripled. In 2013, it reached 10 million yuan ($1.45 million), turning Jia into a leading entrepreneur in his industry.

Failures had led to the success. In the seven years before he went into e-commerce, he suffered from two business collapses. In between, he tried working for a company but didn’t do well. As he said, he turned to selling straw products “out of desperation.” He had always had a fondness for things made by plaiting straw. “I still remember my grandma making them at night under a kerosene lamp,” he said.

Boxing, the county where his village is, has a large population but relatively little arable land. However it has water bodies and aquatic plants like reeds grow in profusion. Making straw articles is a traditional local handicraft. The villagers are good at making cushions or baskets out of reed or willow. Jia said in the past, there were two state-owned factories in Boxing that exported straw products to Japan, South Korea and Southeast Asia. But they closed because of poor management.

“Our industry saw a boom after the 2008 Beijing Olympics, which presented China to the world. Many unknown arts and traditions were given a second lease of life,” Jia said.

He was the first person in the village to buy a car with his online store earnings. “The next year, villagers who followed my example and opened online stores bought their own cars too,” Jia said. Now the county has about 1,000 online stores selling straw products.

When the UN Conference on Trade and Development held its E-Commerce Week, its biggest annual e-commerce event, in Geneva in April 2017, Jia was invited to attend it, along with UNCTAD Secretary-General Mukhisa Kituyi and Jack Ma, founder of the Alibaba Group.

It was a career highlight for him. As a Chinese villager, he was invited by AliResearch, the research arm of the Alibaba Group. As he stepped on the platform provided by the UN for the first time and shared his entrepreneurial story, he became the cynosure of all eyes.

“I have a dream. It is to help Chinese peasants have dignity. China’s rural e-commerce is leading the world and I’m proud to share my successful experience with the entire world,” Jia told Beijing Review.

His inspiring story touched hundreds of people at the event. They expressed their admiration for his entrepreneurship and said they would like to replicate the lessons learnt from China’s rural e-commerce in their own countries.

The trip to Europe inspired Jia, too. He visited the local handicraft market in Geneva and was impressed by their techniques and eco-friendly features. The European market is his next target.

This article is reprinted from Beijing Review.