What Does CPC Mean to Us: A German's Reflection on the CPC’s 100th Anniversary 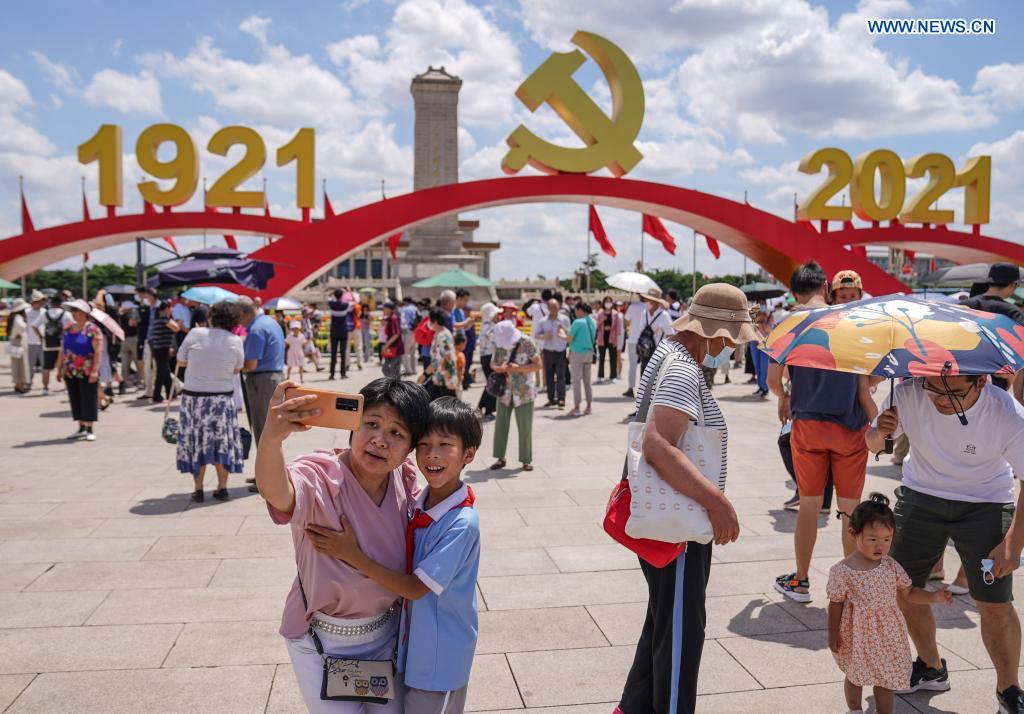 What Does CPC Mean to Us: A German's Reflection on the CPC’s 100th Anniversary
Scan with wechat to share

I have been wondering, over the past decades, traveling to and returning back from China, when shall Germans learn to see China as it is? China and Germany do not share much common history. Compared with our French and overseas American kin, Germans have considerably less real people-to-people interaction with Chinese. Our cultures had no opportunity to grow together, but we might, and ought to, have a shared future.

On one hand, China’s development is marveled at, especially while it seemed to imply joining the global economic order and bringing in new markets and cheap labor, at low cost, for the previous colonial powers. On the other hand, a condescending praise of achievements has given way to serious irritation over the increasingly independent growth and excellent quality of Chinese value production. In response, the heirs of some Western countries are tempted to hamper the performance of the new global powerhouse. Instead of accepting China’s offered hand in friendship, they began to spin political, economic and regulatory plots. However, such ill designed measures only make China stronger, inspiring innovation, such as the “dual circulation” development pattern and new political partners. The bitter price is alienation, a global rift rather than joint action for responsibility.

The prophets of a uniformed global capitalism were wrong about everything. They couldn't imagine several basics: First, the end of the Cold War in 1989 would mean the relaunch of global history, not its end, as Francis Fukuyama believed; Second, China has its original cultural matrix that encourages hybridization for learning but not surrender to foreign powers; Third, the prophets’ ideology might be fundamentally flawed.

Such profound miscalculations demand timely reflection on reasons causing such misjudgments and due credit to China's genuine new ways.

German sinologist, Klaus Mühlhahn, describes the Communist Party of China (CPC) as "the most powerful communist party the world has ever seen. No political party in the world can compete with the CPC, not only because of its sheer size or because it is the ruling party of China, but because it is a marvel of organization. It is a transmission belt that works very efficiently despite its high complexity."

The CPC has been able to reinvent itself several times, so that now the Party is defined in relation to its purpose and not in terms of loyalty to a political class: strengthening concord and cooperation among people, taking responsibility for society as a whole, promoting the rule of law, etc. Mühlhahn explains, "We simply know far too little about the Party. In Germany, there are now hardly any specialists among sinologists on the CPC. This is a fatal development: this Party is getting stronger and stronger, and we know less and less about it."

This year marks the 100th anniversary of the founding of the CPC. The Party has long left the Dishui Cave of Shaoshan while Western commentators' minds are still in the cave. Some China observers in the West, with limited experience and constrained by their doctrines (曲士不可以語於道者, 束於教也), reincarnate the frog in a well (井蛙之见) and let their partial vision represent the horizons of the new world  (坐井觀天). (From book Zhuangzi. Zhuangzi was a Chinese philosopher from the 4th century B.C. who laid the foundation of Taoism).

How to deal with such mindsets and their outdated language? In his "Allegory of the Cave", the Greek philosopher Plato showed the effect of learning on human nature. People who have lived chained to the wall of a cave all their lives, watch shadows projected from objects passing in front of a fire behind them. They give names to these shadows. The shadows are the prisoners' foggy reality, but have no connection to the truth. How can such minds rectify these names?

Inhabitants of the cave are docile, without desire to leave their prison. When learning, all they see are shadows at first. Gradually, the vision of things becomes unblurred. Eventually, they can look at stars and moon at night. Only after one can look straight at the spring of enlightenment, the sun, reason is freed.

There is so much to learn, from both classical traditions combined. In 2022, we will see the 50th anniversary of Sino-German diplomatic relations. This occasion has good reason to be honored properly..

The author is a German sinologist, philosopher, and professor at the Karlsruhe Institute of Technology and Hunan Normal University, Changsha. He is also a founding member of the Berlin Institute for Global Health and the European Center for Chinese Thought.