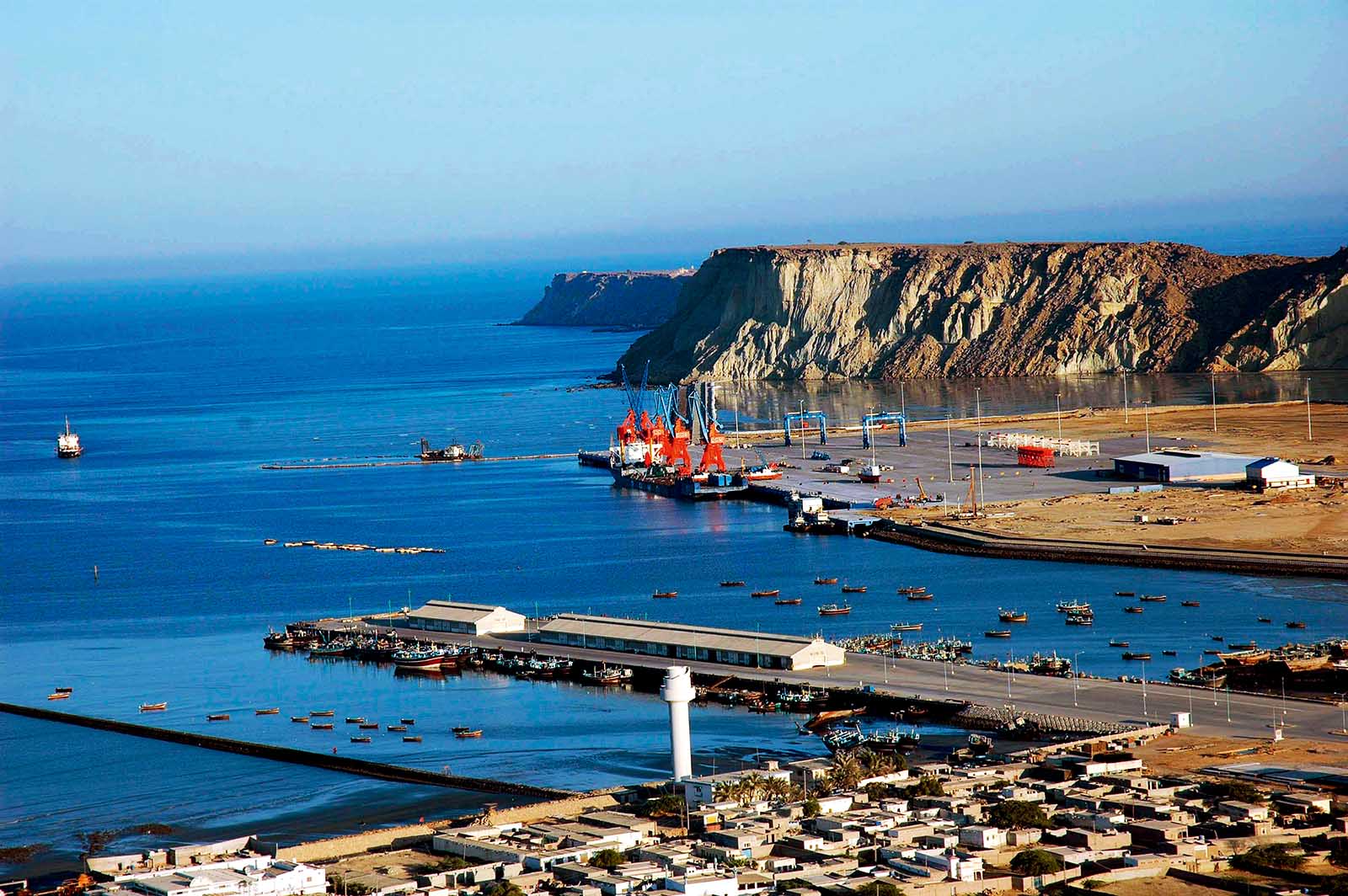 November 13, 2004: Gwadar Port in southern Pakistan is under construction. The following day, Chinese and Pakistani officials and workers celebrated the arrival of ships for harbor operation and other equipment provided by China, which signaled completion of Phase I of the Gwadar Port project. Xinhua

Forty-Year Efforts Pay Off
Scan with wechat to share

Back in 2013, I was conducting a training module on aviation leadership for a newly recruited, smart group of officers with Pakistan’s Civil Aviation Authority (CAA) at their residential campus in the city of Hyderabad. I presented them the case of the Commercial Aircraft Corporation of China (COMAC), commissioned to manufacture Chinese passenger planes to compete with the 100-year-old Boeing and Airbus. I asked if this capability was achievable in five to ten years. Most shook their heads, arguing it was impossible. One said it would take a miracle. I said the miracle would happen, and indeed it did. In May 2017, COMAC’s C919 completed its maiden flight.

This is just one story of China’s 40-year reform and opening up. Pick any area—from technology and education to culture—and China has surprised the world. And especially in poverty reduction and economic development, China’s miracles have been unparalleled.

Lifting more than 700 million out of poverty in four decades was once unthinkable in the eyes of many global economists, but China changed the game. In 2018, only about 30 million people in China were categorized as poor.

In 1978 when the reform and opening up began, China’s share in the world economy measured merely 1.8 percent before its economy took off with the introduction of four Special Economic Zones (SEZs). By 2017, the figure had risen to 15 percent of the global economy, and China had become the world’s second-largest economy.

According to the 2018 Forbes ranking of the world’s biggest public companies, five of the top 10 are Chinese with Industrial and Commercial Bank of China Ltd. at the top, with a market value of US$311 billion. Tech firms like Alibaba and Tencent also rank among the world’s largest conglomerates. Furthermore, half of the world’s top 20 container ports are located in China. Shanghai is the world’s busiest container port, moving about 40 million TEUs in 2017. Chinese tourists are already the world’s largest group of outbound tourists. In 2016, they spent over US$260 billion, 21 percent of the world market, according to the United Nations World Tourism Organization.

China’s economic rise has brought yuan into the IMF’s Special Drawing Rights (SDR) basket as the fifth global currency. After unprecedented economic development, China could carry out reforms of the global financial system currently led by the World Bank and the IMF. The Asian Infrastructure Investment Bank and the BRICS New Development Bank are examples of initiatives that signaled to the world that rather than remain a bystander, China seeks to play a more active role in global economic governance.

The Belt and Road Initiative, introduced in 2013 to connect Asia, Africa and Europe, has enhanced connectivity through infrastructure projects. It is a landmark initiative.

Other countries in the world can learn a great deal from China. For instance, countries such as India and Pakistan, with large percentages of population still below the poverty line, can learn from China’s anti-poverty mechanisms to better serve their people. They can learn how to increase productivity and efficiency and create job opportunities for a massive semi-skilled and semi-literate workforce. They can learn from China’s commitment to improving the business climate for small and medium enterprises, which could serve as the backbone for economic growth.

Creating an export-driven economy through SEZs modeled after Shenzhen and with initiatives similar to the “Made in China 2025” plan could help such countries pay off global debt, increase foreign exchange reserves and improve their trade balance with other countries.

By creating sustainable GDP growth, they can become more attractive to foreign direct investment (FDI) inflows. Since its reform and opening up in 1978, China has received more than US$2 trillion worth of FDI.

In agriculture, China’s accomplishments are worthy of replication in many African and Asian countries. Agricultural yields can be increased, and loss and waste can be reduced. China has shown that modern rural agriculture can be introduced and sustained.

Above all, economic development is not a sprint but a marathon. Only long-term sustainable economic policies with available midcourse correction could yield the results that China has been reaping all these years.

In November 2018, the first China International Import Expo was held in Shanghai. With a new spotlight on imports to China, this development could serve as an indicator to the rest of the world that they can confidently produce goods and services targeting Chinese consumers, especially the rising middle-income group.

With China’s stronger desire to work with other countries as partners and stakeholders, every country can benefit from China’s economic rise. Win-win dynamics like these are precisely what the world needs.

The author is president of the Institute of Media and Communications in Pakistan and a longtime China watcher. An award-winning journalist, he formerly worked for The News, Pakistan’s most widely read daily newspaper.