From Pit to Park 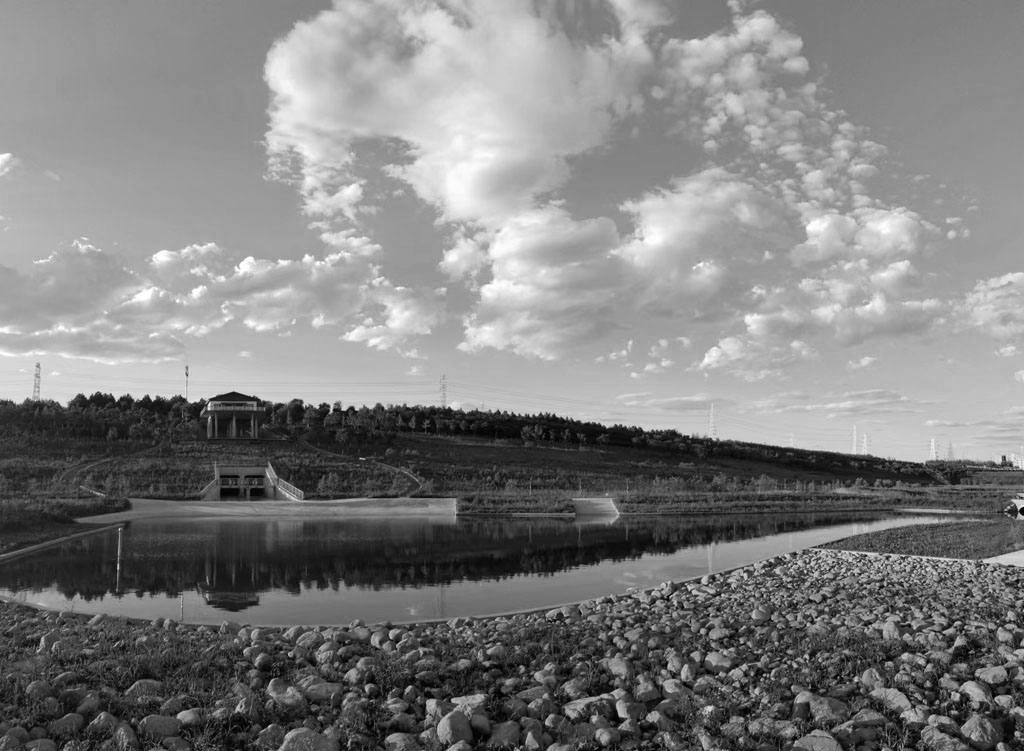 From Pit to Park
Scan with wechat to share

An early summer walk along the embankment of the rainwater storage project in the western suburbs of Beijing is a pleasure.  Water birds fly or rest on the bank and visitors stroll and take pictures. Behind the splendid scenery is the backdrop of a tall metropolitan skyline.

New Life of a Gravel Pit

The rainwater storage project in western Beijing used to be a well-known gravel pit. It began to be mined in the 1950s. In the mid-1990s, mining of the gravel pit was stopped due to an overflow of groundwater. After that, the pit became a landfill for construction and household waste.

Yang Liansheng is deputy director of the Beijing Urban River and Lake Management Office. Now 50, he has been dealing with issues affecting the Chinese capital’s rivers and lakes since he graduated from school in 1995. He has witnessed the dramatic changes in the former gravel pit over the years. “It was so dirty in the past,” Yang said. “Whenever the wind blew, garbage and sand floated all over the sky.”

Considering the gravel pit’s good water permeability, experts believed it would function well as a pond to store rainwater. Beijing Water Authority rebuilt the gravel pit into a rainwater storage project at the end of 2013. After the project was completed, rainwater from the surrounding 27 square kilometers was funneled into the pit, reducing the drainage pressure on the downstream river. Moreover, the project recharges groundwater in a controllable way. It also plays a role in ecological protection, landscaping, and recreation for citizens. With the continuous improvement of the water quality and surrounding environment, the former gravel pit has attracted various wild fish and water birds, including wild ducks and black swans.

On September 25, 2019, after a series of renovations such as afforestation and water storage, the project officially opened to the public. In addition to flood control, it has also become a lush “park” for nearby residents. “People like to take walks here,” Yang beamed. “And photography enthusiasts come to take pictures of birds.”

The rainwater storage project is a model project of Beijing Water Authority’s efforts on water ecological protection and water environment treatment. In recent years, Beijing has made great efforts to improve the water environment and promote the ecological recovery of its rivers and lakes. Data shows that in 2021, the Miyun Reservoir saw its highest recorded water level since establishment. The Yongding and Chaobai rivers now run all the way from their sources to the sea. By the end of 2021, the underground water level of Beijing’s plain areas had risen for six consecutive years, with a cumulative rise of 9.64 meters, and the ratio of healthy water bodies had reached 86 percent. Beijing’s water ecological environment continues to improve.

The Beijing Urban River and Lake Management Office focuses on improving the ecological environment of rivers and lakes through wide-ranging and systematical measures. Many rivers and lakes within its jurisdiction have maintained or regained clear water, green shores, and plentiful fish.

Its staff carries out daily patrols and inspections of the water environment to minimize the need for emergency response, adopting various measures according to the diverse conditions in different areas.

When the flood season comes, the Beijing Urban River and Lake Management Office conducts water flow regulation to lower the water level of rivers in advance, through which space for water storage will be increased. And then it carefully monitors the conditions of the rivers and lakes under its jurisdiction during rainfalls. To blunt rainfalls for the sake of safety, the office implements the pulse-type water transfer to the urban area in advance to shorten the necessary time for the water environment to recover after the rainfalls.

With the continuous enhancement of the city’s river treatment and water replenishment, the urban water environment has improved steadily. Solving ecological problems in an ecological way is one of the key tasks of the Beijing Urban River and Lake Management Office. “We release aquatic animals and plants all the time to increase ecological diversity and strengthen the ability of restoration and self-purification of water bodies,” said Yang. In the event of local water pollution incidents, biological agents such as microorganisms and compound enzymes are used as emergency treatment to restore the water quality, through which ecological and efficient treatment becomes reality.

The office also conducts surveys on the aquatic biodiversity of the 13 rivers in its jurisdiction, remediating water ecosystems and creating underwater forests in a scientific way.

Scientific and effective solutions to the root causes of problems have gradually transformed the city’s rivers and lakes into multi-functional water bodies serving flood control, water supply, and ecological landscaping. More and more Beijing urbanites are finding chances to get in touch with nature.