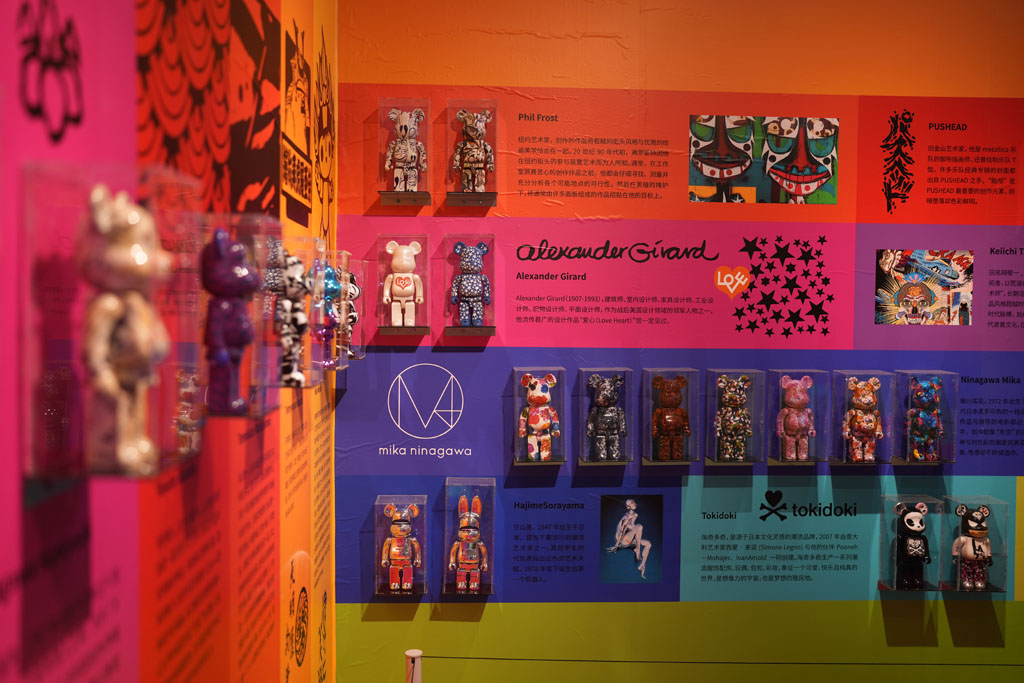 Gao Ke and His 1,008 Bears
Scan with wechat to share

Those ‘bears’ in your collection do not belong to you—they belong to everyone.”

These words from a friend once jolted Bearbrick (rendered Be@arbrick) collector Gao Ke awake. Instead of keeping them in a storage room where they couldn’t be seen by anyone including himself, he realized it would be better to display them for the public.

In 2005, 25-year-old Gao Ke fell in love with Bearbrick toys while in Hong Kong. Although they were expensive, he bought one for 1,000 Hong Kong dollars (US$128). It became the first of a huge collection. Over the decade that followed, he continued buying them one after another.

In December 2020, Guinness officially certified Gao Ke as the person with the most Bearbricks in the world. His collection of 1,008 bears was a world record. Currently, this array of bears is being exhibited at the Yidian Space in Beijing’s 798 Art District.

From Be@rbrick to Guinness

Gao Ke has been collecting Bearbricks for 16 years. As time passed, his collection slowly sprouted from dozens to hundreds and finally to more than a thousand. The numbers became so large that except for a few favorites displayed in his home and studio, most of Gao’s Bearbricks were wrapped in a box and stashed away in the warehouse. Over time, he forgot about some of them.

If a collector doesn’t even know what is in his collection, what is the point? “It really was a pity,” Gao says frankly. So he planned to exhibit them, and the 798 Art District had space.

His collection expanded with each passing day, and fewer and fewer Bearbrick collectors could be compared with him. “I was curious whether I had the most,” Gao recalls.

However, Guinness certification required far more than counting the bears. “I had to prove that every bear was mine and an authentic product.”

For more than a month, Gao sorted out the receipts for more than a thousand bear purchases and ensured he had certificates of authenticity for every Bearbrick toy since the first. All this was quite expensive. The exhibition commenced on December 20, 2020, just after a Guinness World Records adjudicator declared that Gao’s Bearbrick collection created a new Guinness world record.

After the certification, Gao Ke continued to collect Bearbrick bears, but stopped keeping track of whether he owned the most. “I would love to see someone break the record,” he beams. “I want more people to know about Bearbrick bears and fall in love with them.” He claimed that he would never seek to update his Guinness record on Bearbrick bears.

Why is Gao so obsessed with Bearbrick bears?

“Bear Mountain Bear Sea: Gao Ke and His 606 Be@rbrick Bears” was the name chosen for the exhibition. Due to limited space, he carefully selected 606 bears of the 400-percent size to display.

The bears are traditionally sold in “blind boxes” which prevent the buyer from knowing the contents, making certain models featuring characters from animation, movies, music, sports, fashion, lifestyle, designers, and artists highly sought. Gao Ke loves not only the bears themselves, but also the pop culture represented by the exquisite designs.

Bearbricks come in different types, and the exhibition area is divided into eight sections. Renderings of Superman, Robocop, and Marilyn Monroe can be found in the film and television section. Ultraman, Mickey Mouse, and Ninja Turtles can be found in the animation section alongside many other nostalgic cartoon characters. The music section is headlined by Elvis Presley, Michael Jackson, and The Beatles.

The exhibition space is like a “who’s who” of landmarks of modern and contemporary pop culture. Iconic decoration of the single-shaped, big-bellied bears often creates a funny look.

For the lifestyle section, Gao Ke designed the display area to resemble a shopping street and a living room. The bears capture trademark elements of fashion brands and other common items.

What was once a stowed-away collection became a cornucopia of popular world culture when placed under the spotlight. The exquisite designs and patterns function like any other art by conjuring subconscious emotion in the beholder. The final product is interaction between an individual’s past and its pop culture backdrop.

This is an important theme of the exhibition: “Every bear here represents something from life,” says Gao. “I’m just shining light on connections that are already there.”

Today, the first Bearbrick bear he bought is worth 10 times as much, but he has never considered selling it. “These toys are about culture. They’re not an investment tool. You have to really love them before starting a collection.”

The exhibition will continue till April 30. Will the 606 Bearbrick bears go back to storage after the four-month “performance”? Gao Ke certainly hopes not. A coffee house? An exhibition hall? He is still brainstorming a better place for permanent presentation. Gao hopes his bear friends can brighten other lives just like a fraction of what they have done for him.