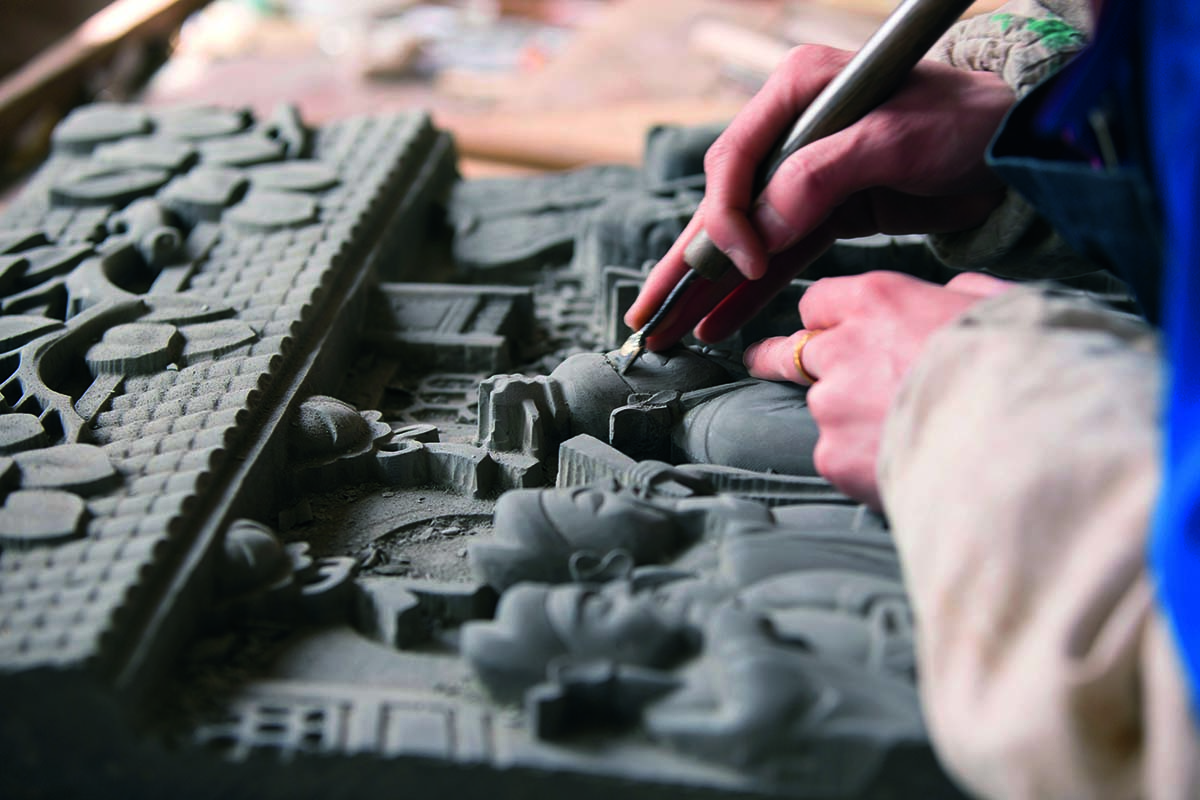 Industrious Hands of Chinese Crafters
Scan with wechat to share

Across China’s history of several thousand years, countless people have mastered a wide variety of exquisite handicraft techniques. They have used these techniques to produce state-of-the-art works with high aesthetic and collectible value. At the same time, they also churn out the necessities for everyday life.

As time rolls forward, traditional craftsmen and their crafts have gradually become marginalized. Luo Yicheng, author of the book 108 Hands: Chinese Crafters, organized a team that spent two years visiting more than 100 traditional craftsmen across the country starting in 2016. From various embroidery styles in China such as Hunan embroidery, Miao embroidery, Xinjiang embroidery, Suzhou embroidery and Shanxi embroidery to carvings on materials such as wood, brick, jade and stone, from weavings with bamboo, rattan and linen to paper cutting, dough modelling and batik, traditional Chinese handicrafts deeply touched Luo and his team with their impressive beauty and strength.

Through more than 300 images, this book recounts the stories of the craftsmen Luo met and records how those craftsmen created exquisite pieces: from beveling, cutting, casting, tempering, polishing, inlaying, printing, dyeing and framing to finally completing works made with exquisite technique.

Li Xiaoke, a national first-grade artist, director of Li Keran Art Foundation and head of Huangshan Painting and Calligraphy Institute, spoke highly of the book. “Luo Yicheng has been engaged in advertising communications for quite a long time,” opined Li. “In this book, readers can feel his efforts to explore and spread traditional Chinese crafts and culture from a very untraditional perspective.”

Li Yongjun, president of the Asia-Pacific branch of the Global Hope Coalition and deputy president of China Intangible Cultural Heritage Protection Association, also has a lot to say about this book. “In the context of the new era, it is our responsibility and obligation to protect traditional culture, be confident in our own culture and promote cultural revitalization,” he declared. “We should support ambitious young people like Luo who are devoted to protecting and revitalizing traditional culture.”

Luo Yicheng is member of the Academic Committee of China Advertising Association and a finals judge for the Academy Award of Advertising Festival of Chinese College Students. He was born in a remote mountainous village in Hengyang City, Hunan Province. After graduation, he went to Beijing to work for an advertising company. In 2015, he quit his job to tour around China. In August 2016, he was commissioned by Tencent, one of China’s biggest internet service providers, to film and produce a documentary series on traditional craftsmen. After that, he launched the “108 Hands: Chinese Crafters” project. At his own expense, Luo led his team to focus on discovering, recording and spreading traditional crafts and craftsmen from all over the country.