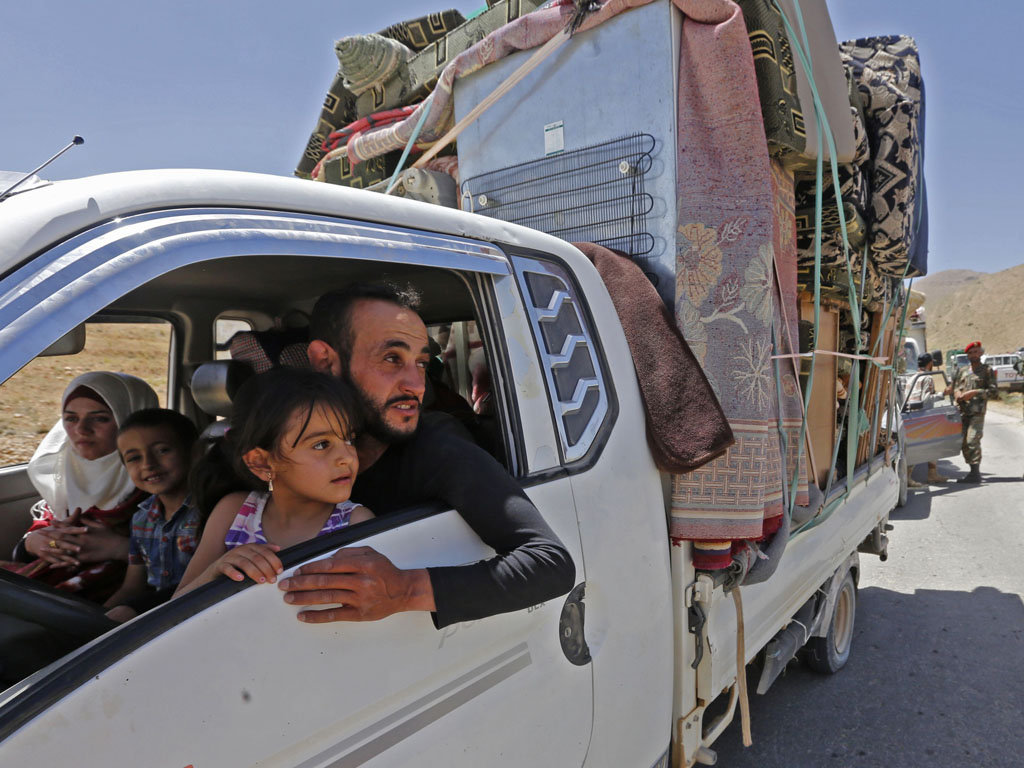 June 28, 2018: A group of Syrian refugees return to their homeland from Arsal, Lebanon. On July 3, the Syrian government, through the official media, called on citizens who had left Syria due to the war to return to their motherland and stressed that the government would protect their safety. According to statistics from the United Nations High Commissioner for Refugees, the sevenyear civil war in Syria has driven more than 10 million Syrians to flee their homes, of which more than 5.6 million fled the country. Xinhua

The world endured great uncertainty and turbulence in 2018. While hot spots in the Korean Peninsula, Syria, and the Middle East continued to draw attention, the escalating tit-for tat trade war between China and the United States and the growing strategic competition dominated the headlines of the past year. In 2019, what can we expect from the global security landscape?

First, how China-U.S. relations evolve will fundamentally impact the world security situation. As the two major countries on the planet, relations between them will not only impact those two countries but also the whole world at large. Among the many issues that complicate China-U.S. relations, three are particularly important and worthy of closer observation. The first is the trade issue. If China and the United States can reach a deal within 90 days as leaders of the two countries agreed during their meeting in Argentina, they may find the requisite breathing space to continue to work on other thorny issues affecting bilateral trade relations. But given the unpredictability of the Trump administration and the complicated and structurally imbalanced trade relations between China and the United States, whether the two sides can fundamentally resolve the trade quarrels soon remains up for debate.

The Taiwan issue is another obstacle that China and the United States must overcome to improve their relations. With the passage of the Taiwan Travel Act in 2018, the Trump administration is moving toward expanding official and military relations with Taiwan. Given the sensitivity of the Taiwan issue in terms of national sovereignty, any overtures involving elevating official and military relations will be seen by China as an affront to its sovereignty that demands strong recourse which would drop China-U.S. relations to a new low. If China and the United States sneeze, the world will quiver.

Second, the nuclear issue on the Korean Peninsula remains clouded in uncertainty. Since the summit meeting between Kim Jong Un and Donald Trump in Singapore in June, the tension in the Korean Peninsula has abated greatly. The Democratic People’s Republic of Korea (DPRK) not only ceased missile launches and nuclear tests, but also dismantled some of its test sites and showed willingness and determination for serious denuclearization in favor of development of its economy. However, denuclearization is doomed to require a gradual and long process, which demands patience, mutual understanding, and even positive economic stimulus from the United States.

Third, the situation in the Middle East and Afghanistan is far from stable. The Syrian civil war has dragged on for more than eight years, with still no end in sight. Given that many regional powers like Israel, Turkey, and Iran are involved and that the United States and Russia seem to be engaging in a new kind of proxy war, the situation on the ground could turn ugly at any time in 2019. Besides, with the Trump administration’s abandonment of the Iran nuclear deal coupled with deterioration of Iran-Israel relations, Iran has become one of the biggest variables in the regional security situation. In Afghanistan, even though President Mohammad Ashraf Ghani urged the Taliban to cease acts of violence and join the peace process, car bombs and explosions persist as tactics used by the Taliban to express defiance and complaints. The Taliban poses a serious challenge to the rule and legitimacy of the Afghanistan government and the stability of the country.

Fourth, refugees from the Middle East and Latin America could cause even more controversy in Europe and the United States. Over the past few years, refugees from the Middle East and Latin America have become a lightning rod fueling populism in Europe and the United States, which have regressed in their refugee and immigration policies. With the civil war raging in Syria and the situation throughout the Middle East and Afghanistan shrouded in choking uncertainty, more and more refugees are likely to flee their homelands seeking safety in Turkey and Europe, which will arouse even greater anti-refugee sentiments and xenophobia in Europe. In the United States, even though the Trump administration deployed troops and threatened to use “lethal force” against caravan refugees and immigrants, they continued flowing up to the border between Mexico and the United States. With more caravan immigrants seeking shelter and jobs meeting increased security measures and stricter anti-refugee and immigration policies, a humanitarian disaster along the U.S.-Mexico border seems not unlikely.

The author is a professor with the Center for American Studies at Fudan University.