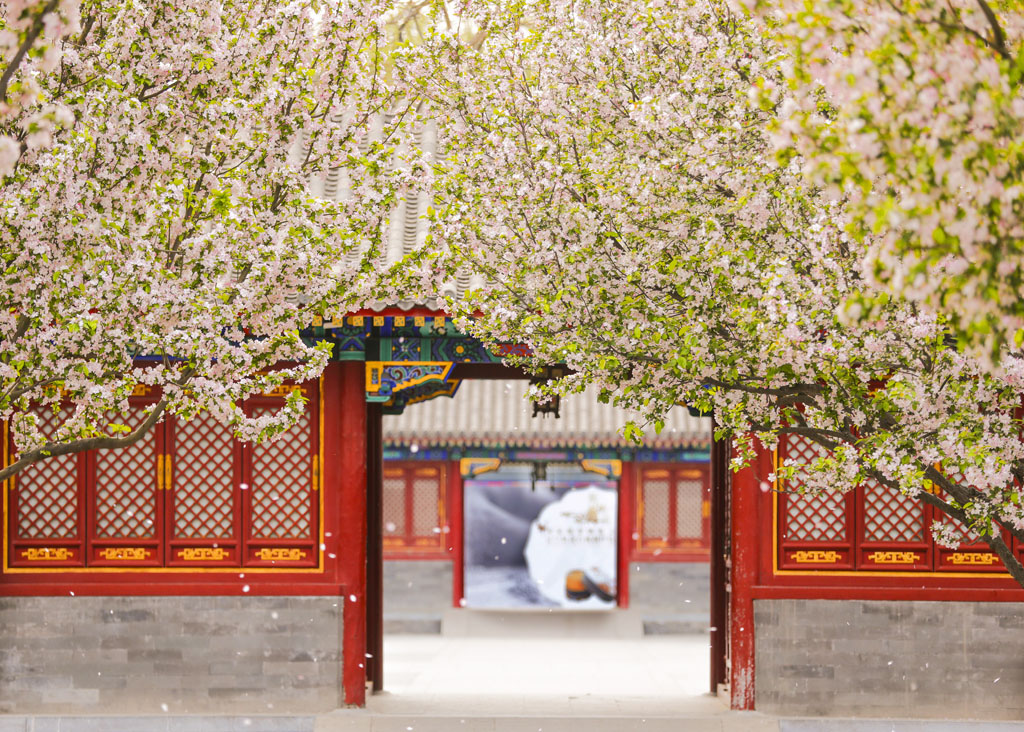 Prince Gong’s Mansion on the day of the Spring Equinox, one of China’s 24 Solar Terms. The 24 Solar Terms originated along the Yellow River. The system was used to plan production in the agricultural society and was eventually followed by many ethnic groups.

Ancient Chinese architecture required delicate skills to capture its unique style. Its beauty is so widely celebrated that it is a central icon of traditional Chinese culture.

Located on the west bank of Shichahai Lake in Beijing, Prince Gong’s Mansion, which is believed to “showcase half of the history of the Qing Dynasty (1644-1911),” is the best-preserved mansion of a Qing prince and also the only one fully open to the public.

It was built by He Shen, a high-ranking official during the reign of Emperor Qianlong (1711-1799). The architectural complex has survived nearly two and a half centuries. It withstood the deterioration of the late Qing Dynasty and remained a haven for those in high positions, reflecting the historical evolution and vicissitudes of China in early modern times. Its beautiful buildings and gardens were important places for gatherings of the literati. Rich in the material and spiritual values of aristocrats in the feudal era, it is not only an icon of palace architecture of the Qing Dynasty, but also an outstanding example of traditional Chinese architecture and gardening techniques at their peak.

Prince Gong’s Mansion is different from other royal palaces and gardens like the Forbidden City, the Old Summer Palace and the Summer Palace as it is a unique family-oriented site.

The owners were not concerned with centralized administration, so they constructed a comfortable residence for relaxation and joy. The pavilions, flowers, plants and trees all reflect ideas about yin and yang, heaven and earth, feng shui (geomancy), and other philosophies of traditional Chinese culture. The strong familial atmosphere of the architectural complex reflects the delicacy and harmony pursued by the planners and developers of the estate.