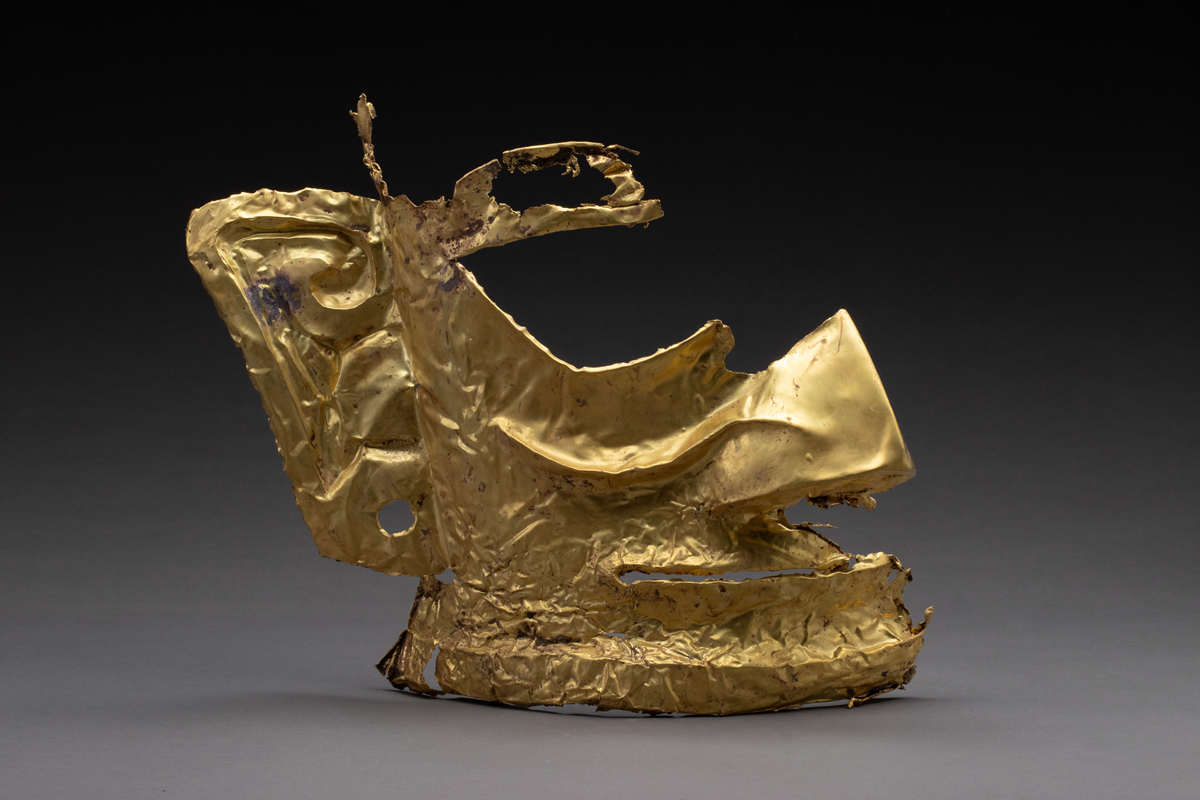 Sanxingdui Ruins: A Diverse Civilization
Scan with wechat to share

The archaeological discovery at the Sanxingdui Ruins on March 20, 2021 could rival anything from the 20th century. Six new sacrificial pits were excavated after two were found back in 1986. Over 500 important cultural relics such as fragments of a gold mask, bronze heads with painted eyes, and sacred bronze trees awed the world.

The Sanxingdui Ruins is located in the Sichuan Basin in southwestern China, covering a total area of about 12 square kilometers. It is the largest known Bronze Age site along the upper reaches of the Yangtze River. It is highly significant for China’s Bronze Age archaeology. The site was so named because the majority of archaeological work and relics were found at a hill named Sanxingdui.

The Sanxingdui Ruins were first discovered in the late 1920s. The first exploratory excavation was carried out by American scholar David C. Graham in 1934. After the founding of the People’s Republic of China in 1949, the archaeological authorities of Sichuan Province organized several excavations at the Sanxingdui Ruins and discovered important relics such as city walls, house sites, tombs, sacrificial pits, and kiln sites. More than 1,000 precious cultural relics were unearthed in 1986 from the No.1 and No.2 sacrificial pits. Among them were over 80 bronze statues in a never-before-seen style. They evidenced a brand new bronze culture.

However, basic questions such as the age of the Sanxingdui Ruins and the nature of the site remained unresolved. The latest discovery showed archaeologists that the ancient culture represented by the Sanxingdui Ruins had a considerably long period of time. It spanned at least 1,500 years from the Longshan Culture Period (about 3000 to 1900 B.C.) at the end of the Neolithic Age to the Shang (1600-1046 B.C.) and Zhou (1046-256 B.C.) dynasties in the Bronze Age (approximately 2500 to 1000 B.C.). The ruins can be divided into three different archaeological cultures related in succession: The Baodun Culture (2500-1600 B.C.), the Sanxingdui Culture (1600-1200 B.C.), and the Shi’erqiao Culture (1200-1000 B.C.). During the period when the Baodun Culture evolved into the Sanxingdui Culture, many ancient cities of the Baodun Culture on the Chengdu Plain were abandoned in succession. Only dwellings at Sanxingdui flourished, making it a regional hub. When the Sanxingdui Culture evolved to the Shi’erqiao Culture, the bulk of residents at Sanxingdui probably migrated to the western suburbs of present-day Chengdu, where the ancient city of Jinsha was established.

Chinese archaeologists clarified the basic structure of the sacrificial area of the Sanxingdui Ruins during the latest archaeological excavation. The ancient city of Sanxingdui is the biggest piece of the Sanxingdui Ruins. The Mamu River, which runs from east to west, divides the site into northern and southern parts, with a total area of about 3.6 square kilometers. It is currently known that in the center of the northern part of the city, a city wall ran north to south, dividing the city into eastern and western halves. So, the entire Sanxingdui site is divided into four areas. The northwest part along the north bank of the Mamu River also has a city wall, making it a closed-off section.

Now, archaeologists believe that the small northwestern city was the administrative district of Sanxingdui. And the small southwestern city opposite to it was probably the place for religious activities including sacrifices. In recent years, archaeologists found a small-scale, newer northeastern community which may be an area for handicraft workshops. However, the area where residents in the ancient city of Sanxingdui were buried after their death has not yet been discovered. Finding the cemetery of Sanxingdui remains an important task for comprehensive archaeological study of the Sanxingdui Ruins.

After years of work, archaeologists have gained in-depth and comprehensive understanding of the Sanxingdui Ruins and its culture. Although no language evidence has been found at the site, many cultural relics not seen in other cultures have been unearthed from the Sanxingdui burial pits, which directly convey considerable important historical and cultural information. The thick fog hiding the ancient kingdom at Sanxingdui is slowly dispersing.

Second, although the kingdom established by the people of the Sanxingdui Culture is located in a remote corner of the Sichuan Basin, it conducted extensive cultural exchange with surrounding cultures. Sea shells unearthed from the first two burial pits found at the Sanxingdui Ruins were from the South Pacific or the Indian Ocean. They arrived at Sanxingdui through long-distance trade. Two bird-headed and winged beasts can be seen on the base of the square-shaped bronze incense burner unearthed from the No.2 pit. It remains a mystery whether the creature is a local creation inspired by Chinese mythology or influenced by the Griffin from West Asia. The styling is also worthy of attention. The collision and convergence of diverse civilizations in Sichuan formed the amazing ancient Shu civilization.

Third, the social structure of the Sanxingdui Kingdom was flat and simple with only two levels. The ruling class lived in the city of Sanxingdui and its surrounding villages. Among them were secular aristocrats who held administrative and military power and theocrats who held power related to religious sacrifices. Some have suggested that an internal struggle between the two noble factions led to the collapse of the Sanxingdui Kingdom.

Fourth, the people of the Sanxingdui Kingdom had sophisticated ideas on cosmology and worship systems. They practiced a primitive religion worshipping the sun as the supreme god and flavored with symbols of birds and eyes related to the sun. The religion features mythology involving a sunbird taking off from a mulberry tree in the east and landing on a willow in the west. This concept first emerged in the Hemudu Culture and the Liangzhu Culture in the southeastern coastal areas of China. Such cultural phenomena and concepts found in the Sanxingdui Kingdom represent physical evidence of cultural exchange between eastern and western China as well as between the lower reaches and the upper reaches of the Yangtze River.

Still, many unsolved mysteries about the Sanxingdui Ruins remain. Continuing archaeological research seeks not only to unravel persisting mysteries but also to more accurately position Chinese civilization in the broader landscape of world civilization. The site serves as inspiration for those searching for the essence of human civilization and longing to understand the colorful, diverse world and the prosperity facilitated by mutual learning.

The author is a professor and director of the academic committee of the School of Archaeology and Museology, Peking University.