The Birth and Growth of Guanfu Museum 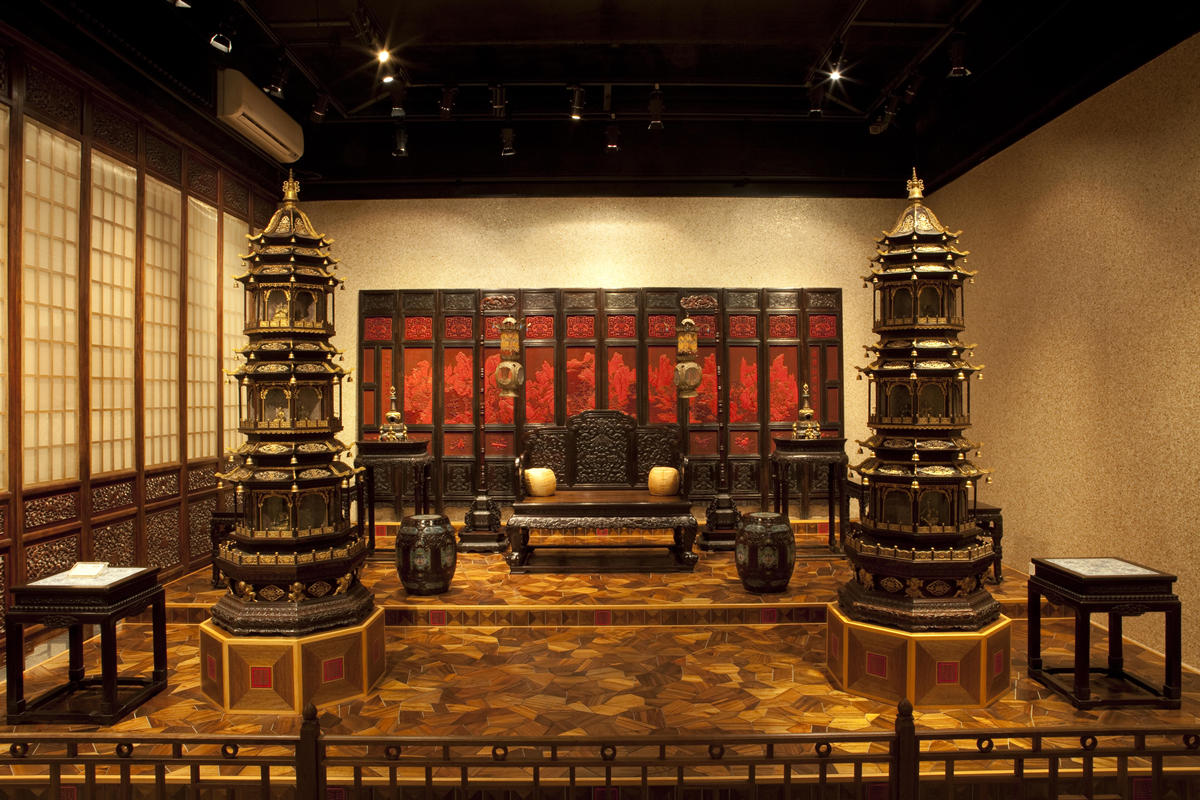 Red sandalwood furniture in the Furniture Hall of the Guanfu Museum. Over 100 pieces of Ming (1368-1644) and Qing furniture are on display. The exhibition area is divided into six sections based on different materials including mahogany, red sandalwood, rosewood, and jichimu (chicken-wing wood).

Throughout most of Chinese history, collecting was a luxury reserved for wealthy businessmen and scholars. Due to various cultural and historical factors, most Chinese collectors would do so in secret, which became a widely accepted tradition. Although the Chinese have an extensive and systematic collection history of more than 1,000 years, the first Chinese museums were established 150 years later than in Europe. Not until 1905 did Zhang Jian, a native of Nantong, build China’s first museum, Nantong Museum.

At the onset of China’s reform and opening up in the late 1970s, Chinese people began actively seeking new living, which launched a golden age of cultural relics collection. Before auction houses appeared in China in 1994, cultural relics found in markets were bargains, some even gifted for free. Most were eager to sell, and few buyers showed any interest. For me, it was like picking up precious shells on a lush beach.

Eventually, my collected relics became enough to prepare for the Guanfu Museum. In 1992, I started to host exhibitions, and later applied to establish a museum. In October 1996, the Guanfu Museum was officially founded as the first private museum in modern China with the legal person status to serve the public.

In 2003, I traveled to the United States to give a lecture. I landed in Seattle on the west coast and stopped in Denver and Minneapolis before ending up in New York and Boston in the east. During the trip, my visits to a dozen museums filled my mind with myriad thoughts. The American museum sector was well developed, with more than 9,000 museums. Its total number of museums and number of museums per capita greatly exceeded that of China, and the public-private ratio reached 4:6.

Chinese public opinion on cultural relics has undergone tremendous changes. Whether related to the pursuit of economic interests or cultural value as the evidence of ancient civilizations, cultural relics are now valued at unprecedented levels. Chinese people began to wake up to culture amid rapid economic development, and they spontaneously learned about economic laws through culture.

Museums are now “hot commodities.” They can finally attract large crowds because so many eagerly seek knowledge about Chinese historical and cultural achievements. By reviewing the guestbook of the Guanfu Museum over the years, we discovered that our visitors are becoming increasingly affectionate. Their sincere expressions boost our confidence and give us warmth and comfort along a rough road.

We have entered the era of a moderately prosperous society in which people are beginning to emphasize spiritual needs in addition to material demands. This is also an era of cultural renaissance. We are gradually realizing that culture is a productive force, and that traditional culture provides strong momentum for the development of the Chinese nation. China has the longest continuous history in the world of over 5,000 years. The great development and prosperity of culture are the needs and aspirations of the whole people. Our culture is what China can boast to the whole world, and museums are the optimal tool to present our culture. The Guanfu Museum is just one of many.

For me, the hardship and happiness I have experienced in these years all make sense. In an opportune time, I achieved my dream of opening a museum, and witnessed its gradual growth. The question now is how to sustain healthy development so it can survive despite whatever changes may come. The pragmatic spirit of American museums enlightened me. I realize that creating an institutional council for the museum is necessary for its permanent survival. One individual is too few to make decisions about an institution’s existence. A group that yearns for culture and shoulders the responsibilities for society should be its master.