The impact of China-Europe Railway Express – past, present and future 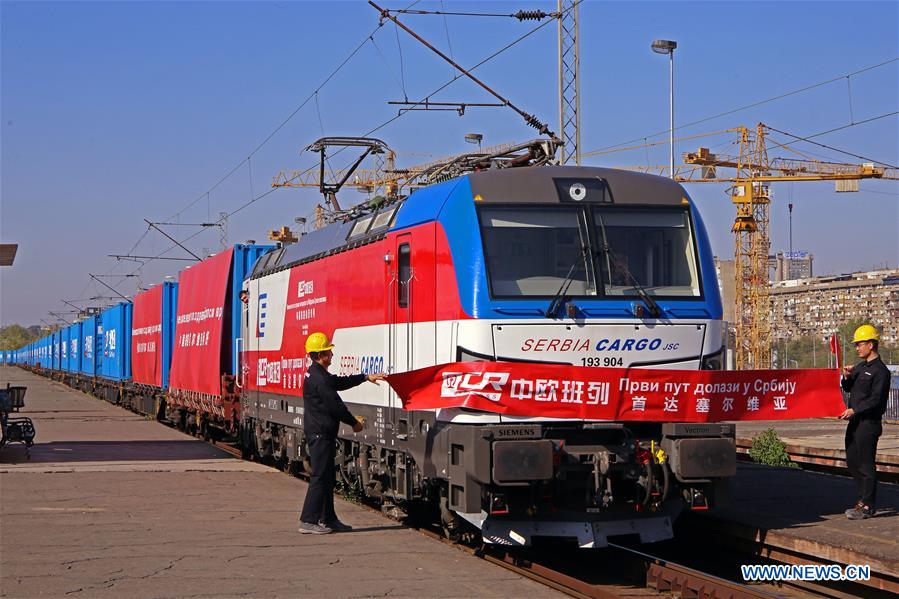 The impact of China-Europe Railway Express – past, present and future
Scan with wechat to share

On 11 March 2020, the World Health Organization officially declared the COVID-19 pandemic. It was something that the public was at the same time expecting and fearing. This pandemic is without a doubt one of the biggest problems that the world faced in newer history. The COVID-19 is not just a health problem; it is also a political, economic and social problem.

In these new circumstances, it was obvious from the beginning that trade and global supply chains would be disrupted. The questions just piled: how will we continue the production, will we have enough food, will we have enough medicines and medical supplies, how we will organize the transport, etc. There were no immediate answers, and every country in the world tried its best, to protect the lives of its citizens and to make every day living as normal as it was possible.

What to do when you face transportation struggles?

One of the main questions, in the early days of the pandemic, was how to organize the transportation of goods from all over the world? The air traffic was almost non-existent. The ship cargoes were blocked in many ports due to safety reasons. The main alternative was to transport goods by land as much as possible. Since the trucks have a weight limit (tonnes) they can carry, the only other transportation alternative was the railway. It was during these times that many of us realised how valuable railways are, and how much they are helpful in pandemic times. Even though the railway sector suffered as others, the results showed that on the global level during the times of COVID-19, the level of railway transportation remained the same, and in some countries, it was higher. The reasons behind that were that the airfreight rates went up, the truck transport took longer time to deliver goods than before due to procedures at the borders, and blank sailings occurred more in the ocean freight.

During April and May 2020, due to the combined effects of all the above-mentioned circumstances China–Europe Railway Express (CURE) became a secure and fast way to transport goods from China to Europe and vice versa. The main products transported during those times were medical supplies – masks, protective medical suits, protective glasses, gloves, respirators etc. Gao Zandong, deputy general manager of COSCO Shipping Lines, said that during those first days of the pandemic, it took slightly more than 10 days to transport medical supplies from Hubei province to Germany. Xinhua Agency reported in the same article that: “From January to May, a total of 12.524 tonnes of anti-epidemic materials were sent from China to European countries by train.” CURE “has completed a record 1.033 journeys in May, up 43 percent year-on-year. 93.000 containers were transported, an increase of 48 percent year-on-year.” When the time limits are as important as they were, during those first months of the pandemic in Europe, it was encouraging to know that there is a safe and quick way to receive medical supplies from China.

The trend of using this railway during 2020 and the first’s month of 2021 just continued to soar. Yicai Global published on their website in April 2021 that the CURE number of journeys went up 75% in the first quarter year on year (3.398). Besides this, last year that number for the first time in its history exceeded 10.000, and that was a great result. The same report said that Meng Wei, spokesperson for the National Development and Reform Commission, stated at the news conference: “The China-Europe Railway Express has seen over 1.000 train journeys a month for 11 consecutive months since May last year. The freight service had delivered more than 11.0 million units and 89.000 tons of COVID-19 pandemic control supplies as of the end of last month.”

Judging by this result, we can say that this railway has a unique opportunity to become an even more valuable part of the transportation network between China and Europe. The number and the volume of goods transported through the CURE network are increasing. More and more companies want to use this network. Shipping cargoes will remain the dominant transportation model in the near future since 90% of the global shipping goes this way. On the other hand, railway transportation is becoming more competitive against airfreight, and it will be interesting to see if this will change in future.

Several things need to be changed on the China-Railway Express Network to become even more competitive. On the one hand, the problem of different railway gauges that exist on this route. There are five different ones, while the three types are the most used ones. Even though the time used to transport the cargoes from one train to the other is significantly quicker than before, there is still space for improvement. On the other hand, the level of administration work that needs to be done for the trains to pass the national borders. The main thing is to work upon the digitalization and border procedures to shorten the time required for trains to cross the borders.

Before the pandemic started, China and the countries within the European Union had good economic relations. Trade was a vital part of cooperation. China was the EU's second-biggest trade partner. The trade volume in 2019 was around 350 billion euros, according to Eurostat data. Investments had a different story. After many years of good cooperation in the investment field, the EU started to change its view about Chinese investments in its territory. The final restrain in relations became more evident after the EU Commission adopted in March 2019 the EU framework for screening foreign direct investments. Valdis Dombrovskis, the EU official, stated that the EU market was and is open to foreign investors, still, there needs to be some conditionality regarding foreign investments to secure EU assets and protect collective security. Chinese investments, especially in the IT field, were no longer so welcome in the EU.

Economic relations between China and the EU due to pandemic changed. Data from Eurostat show that in the first ten month of 2020, China was the biggest trade partner of the EU, due to the increase in trade in the first three quarters by 3.4% year-on-year, while between the EU and the USA fell 13% year-on-year. In addition, at the end of December 2020, China and the EU officials, after nine rounds of negotiations, reached in principle Comprehensive Agreement on Investments (CAI). This agreement probably will be finalized by the end of 2021, and if everything goes well, it would be a huge step in the right direction for both parties. Besides this, it is also encouraging that the latest Chinese 14th five-year development plan, adopted in March 2021, references new opportunities for foreign investors in China.  China will allow easier access for foreign companies to the Chinese market.  It will also permit new fields of industry and services in which foreigners can invest. All mentioned things would improve economic relations between China and the EU. China-Europe Railway Express will benefit from that.

In March 2021, both parties celebrated the 10th anniversary of the first train that travelled from China to Europe. Last year with all of its difficulties, proved how much this railway is necessary and how much it needs to be utilized properly. Railway freight has many advantages that are important in today’s insecure world. It is a safer way of transporting goods than airfreight or sea freight because its functioning is not so dependable on the weather conditions. It is a cheaper method of transport than airfreight and takes less time than sea freight. The most important advantage is that railway freight is more environment friendly than airfreight, and its emission of CO2 is slightly higher than ocean freight emission.  Since China and the EU are both committed to building more sustainable and green environment, railway transportation will have an important place in theirs relations.

The impact of the Belgrade-Budapest railway on Serbian development

Serbia, a small country in the centre of the Balkan Peninsula, has been a firm supporter and friend of China and has been from the start member of two very well-known Chinese initiatives, namely 17+1 and Belt and Road Initiative. Through them, Serbia cooperated with China in different ways. In the economic field, China invested through loans, acquisitions and joint ventures more than 10 billion euros in Serbia. China invested in various type of projects such as transportation, energy, metallurgy, production etc. One of the first projects on which China and Serbia cooperated was the construction of the Belgrade-Budapest Railway. China Communication Construction Company and China Railway International are in charge of the two parts of this railway, and the project is worth US$ 1.412 billion. By building this railway, Serbia will shorten the travelling time from Belgrade to Budapest from eight to four hours. It is an important project for Serbia since Serbian railways have not been modernized for more than three decades. Besides this, through the modernization of our network, and by building a modern railway from Belgrade to Niš, Serbia is hoping to become part of the broader China-Europe Railway Network. Hopefully, with those projects, Serbia will join the European highway and railroad network, and become more competitive on the international market.

The author is Research Fellow with Regional Center "Belt and Road" Institute of International Politics and Economics Serbia.