“The Tides of the Century”: Dialogue between the East and West 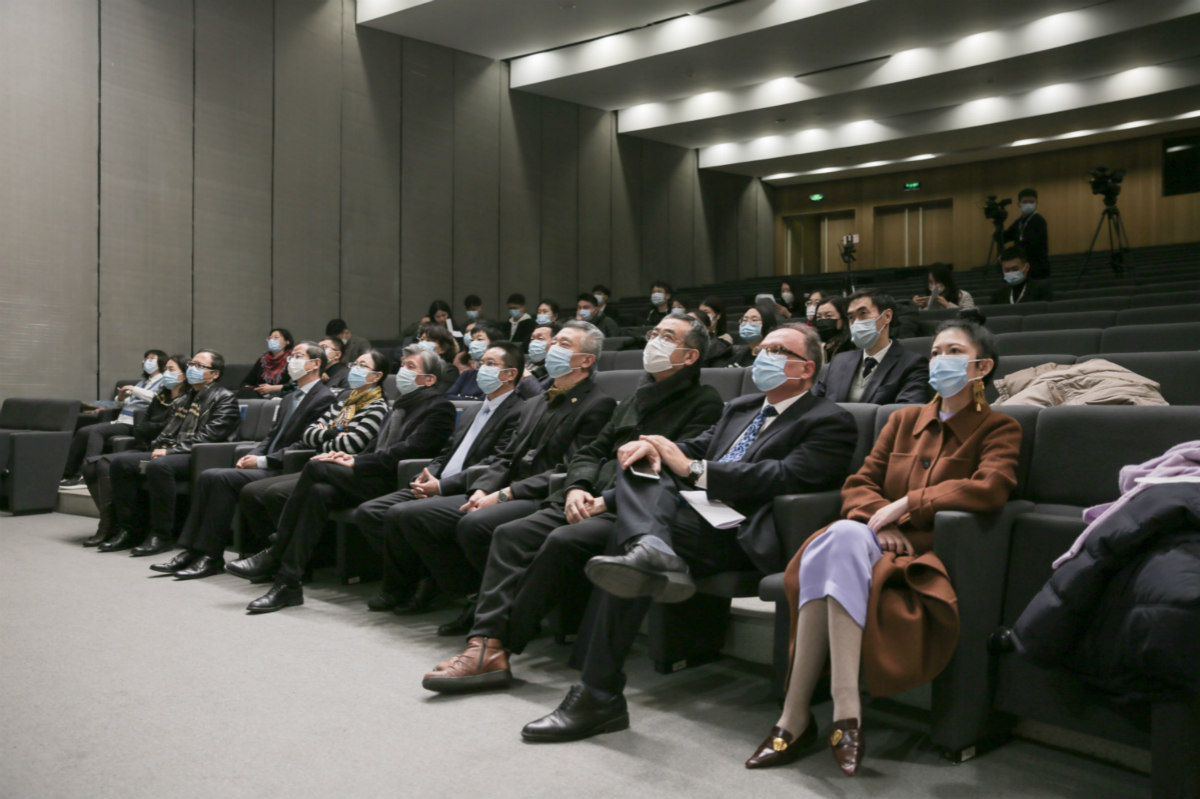 View of the Media Briefing.

“The Tides of the Century”: Dialogue between the East and West
Scan with wechat to share

As a large modern marine museum built by Evergrande Group with huge investment, the Ocean Flower Island Museum covers an area of about 74,000m2 including about 23,000m2 for gross building area. The museum is composed of eight modern buildings. The inauguration ceremony “The Tides of the Century – 2020 · Ocean Flower Island International Art Exhibition”,will be started on February 8, 2021, and the opening ceremony and academic activities will be held in May 2021.

More than 140 works of diversified cultural backgrounds, made by over 80 artists from 23 countries including Greece, France, South Korea, Cameroon, USA, Japan, Thailand, Venezuela, Singapore, Iran, Italy, India, UK, Vietnam, and China, will be displayed during the exhibition.

Greece is the guest of honor of the exhibition. Therefore, the event is also considered as another dialogue between the two major civilizations of the East and the West in the new century as they traverse through the ancient and modern times and face the future. Central Academy of Fine Arts provided academic support for the exhibition. Fan Di’an, president of the Central Academy of Fine Arts, stressed that “China and Greece are the cradles of eastern and Western civilizations. As a maritime country, Greece and Hainan Island can establish a dialogue based on their history which will lead to the future. This is of great significance to promoting economic and trade exchanges, political mutual trust and cultural exchanges between China and Greece.”

Against the backdrop of a global pandemic, organizing this international art exchange exhibition is full of challenges. “The exhibition invites famous artists from all over the world to in a special period, which demonstrates the spirit of the building a community with a shared future for mankind by work together in the face of disasters,” said Li Baozong, general manager of China Arts and Entertainment Group (CAEG). “The universal values of cooperation and development are also spread through art exchanges.”

At the critical moment of global fight against COVID-19 pandemic, worldwide artists have actively responded to the invitations from China. The premium works from all over the world gather at Hainan Ocean Flower Island, expressing the unanimous efforts and wishes for helping each other and fighting against the pandemic.

Greece is the guest-of-honor and a main part for the exhibition. The part is planned and designed by Katerina Koskina, a well-known curator. Her concept is based on the theory of Socratic dialectics, namely the cognition changes of things are generated through three stages: thesis, antithesis and synthesis. This is both the theoretical basis of Greek philosophic thinking and the origin of modern western philosophy, complying with China’s notion of respecting history and the dialectical thought of keeping pace with the times.

The Greek guest-of-honor section for the exhibition has obtained substantial support from the Embassy of Greece in China as well as the confirmation from Ministry of Culture and Tourism of the People's Republic of China. Important works, created by over 30 Greek artists from the 1970s to present, will be displayed during the exhibition. Many of them are collected by the National Museum of Contemporary Art in Athens, Greece and have participated in numerous international exhibitions such as Venice Biennale and Kassel Documenta on behalf of Greece.

As the miniature of Greek contemporary art, the exhibition displays the works of the late artist TAKIS, George ZONGOLOPOULOS, Costas VAROTSOS, Aemilia PAPAPHILIPPOU, and Theo TRIANTAFYLLIDIS, the backbone forces of Greek art as well as the latest highlights of Athens Digital Art Festival. Besides displaying the contemporary art development achievements of Greece in a distinctive and multidimensional manner, the exhibition responds to the dialogues between China and Greece as two civilizations.

Planned by Yue Jieqiong, Vice Director of Co-Innovation Art Creation and Research Center on Silk Road of Central Academy of Fine Arts, “An Azure Rendez-vous” section has invited the artists from Venezuela, USA, and Austria. The artists will jointly make an installation on the basis of the blue “seawater” installation made by Lu Yuanzheng, a Chinese artist, to present the concept of a Community of Shared Future for Mankind connected by the oceans.

The Ocean Flower Island Museum is located in Danzhou, the final workplace of Su Dongpo, a famous poet in China, as well as the origin of Hainan’s culture. For this purpose, Xu Jialing, a curator at CIEA, has invited the famous Arabian poet Adonis and seven Chinese poets and artists, Lyu De’an, Che Qianzi, Dai Guangyu, He Canbo, Tian Wei, Jia Qiuyu, and Fu Xiaotong to display their paintings and installations for the event themed by “Oriental Poetics” and respond to the historical context of Su Dongpo by demonstrating the evolution and development of oriental poetics in contemporary works.

The "2020 · Ocean Flower Island International Art Exhibition", previously scheduled for the end of 2020, has been postponed to 2021 due to the COVID-19 pandemic. According to the Academic Committee and curators, the exhibition title will remain unchanged even it has been postponed.