The World Can Trust China to Overcome the Coronavirus Epidemic 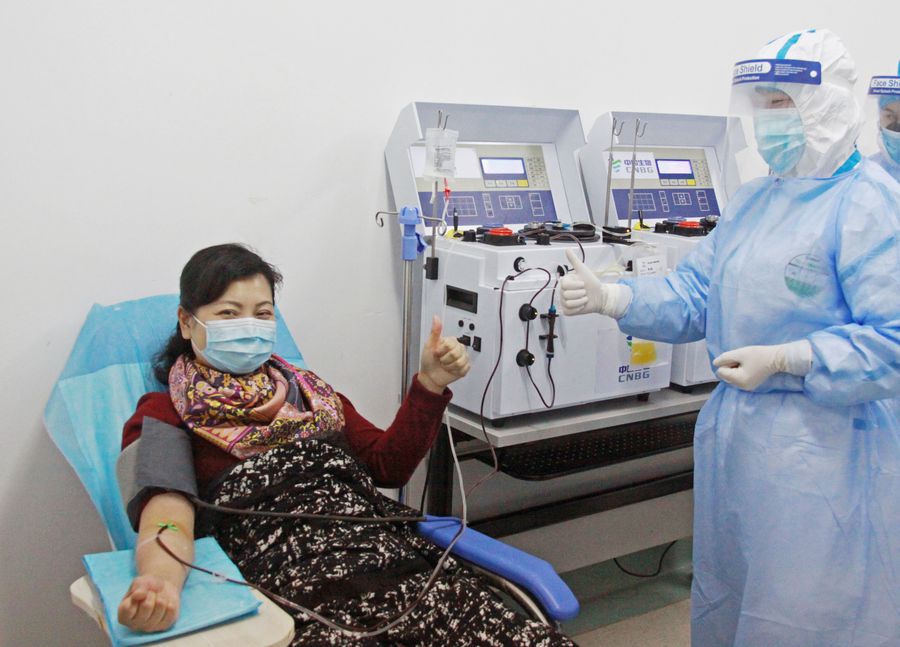 In January this year, China was struck by an outbreak of the novel coronavirus pneumonia (COVID-19). Although not as deadly as its earlier counterparts, the epidemic impacted the lives of millions of Chinese people, bringing the nation a setback.

China took immediate action to contain COVID-19 by locking down or quarantining major hubs and cities. It was only because of China’s iron will, capability and governance system that most of the fatalities from the deadly virus could be contained to Wuhan, the city at the epicenter of the epidemic in Hubei Province.

When I spoke to a leading expert with Pakistan’s chief biological program, he said that only China was able to contain the outflow with such decisiveness and without panic. Had it been any other country, the number of deaths and the spread of the virus could have been worse.

The same is the spirit of overseas Chinese. While researching the face mask shortage around the globe, I found that overseas Chinese were buying masks in their residence countries and sending them back to China to meet the huge need. This was an amazing sense of national care and unity.

The bigger challenge now is the international spread of the novel coronavirus. By March 2, the deaths in other countries including Japan, South Korea, Iran and Italy were in triple digits when compared with about 3,000 deaths in the Chinese mainland.

With the West and the developed world shutting its doors to Chinese travelers, Pakistan was the first country that resumed the flights to and from China, only suspending travel for three days.

Pakistan, an all-weather friend and iron brother of China, stood strong with its northeastern neighbor. The upper house of the Parliament of Pakistan, the Senate, unanimously passed a resolution expressing solidarity and support for the government of China and our Chinese brothers and sisters.

Pakistan has also donated medical supplies, along with sending medical teams, to aid China in helping contain this epidemic. Airports and the aviation authorities of the two countries are working in close coordination to monitor passengers and create a safe environment for citizens.

It was because of these efforts that Zhao Lijian, spokesperson of China’s Ministry of Foreign Affairs, acknowledged Pakistan’s role and said on February 24: “After the COVID-19 outbreak, Pakistan spoke in support of China at the earliest time possible, donated supplies despite its own difficulties and kept exchanges between the two countries as usual… We stand ready to strengthen cooperation with the international community including Pakistan to jointly tackle the epidemic and promote global public health. In a highly responsible manner, we are also ready to step up communication and coordination with Pakistan, safeguard the health and safety of Pakistani nationals in China like they are our own, and take good care of them.”

In addition to banning Chinese passengers and suspending flights to and from China, the West also racially labeled the novel coronavirus as “China virus,” which was in contrast to China’s response to the deadly H1N1 outbreak.

China has dedicated many resources to ending this epidemic. True to “China speed,” a 1,000-bed provisional hospital with up-to-date technology and equipment was built in Wuhan in just 10 days. Although a specific antiviral medicine is not yet available, China has completed clinical trials of various supportive drugs and found an early interim remedy.

Since January, I have been sharing daily statistics of the reported cases, deaths, and fortunately now the increasing number of recoveries on my social media platforms. This is necessary because too much fake news is circulating on Twitter and Facebook. China, along with the World Health Organization (WHO), is taking major steps to combat fake news and produce a daily dossier of reported cases, deaths and recoveries.

I asked my friends on social media what they think of China and its response to the epidemic.

Ch. Amjad Farooq, who runs a Twitter handle on the China-Pakistan Economic Corridor (CPEC), said: “The shock of [the] corona[virus] epidemic is surely temporary and China is dealing with the most challenging situation with utmost care and as per ethics and principles laid down by the WHO. The fundamentals of China’s long-term economic development in the form of the Belt and Road Initiative will remain unchanged.”

Zamir Ahmed Awan, a professor at the National University of Sciences and Technology (NUST), said: “Trust Chinese governance and leadership to overcome COVID-19.”

Dr. Aziz Ur Rehman, who is advisor to the President of International Islamic University, Islamabad (IIUI), said: “China has to show a true leadership in the area of global pharmaceutical R&D. It has done quite well in recent years in terms of manufacturing of generic pharmaceutical products and active pharmaceutical ingredients of originator drugs, but China’s ability to develop innovative drugs, vaccines and diagnostics as an industry leader has yet to be established.”

We must trust the Chinese people and assure them that they are not going through this difficult time alone. They would overcome the epidemic soon, although the path to full economic and financial recovery may take some time.

The author is president of the Institute of Media and Communications (IMC), a longtime China watcher and a Pakistan futurist.