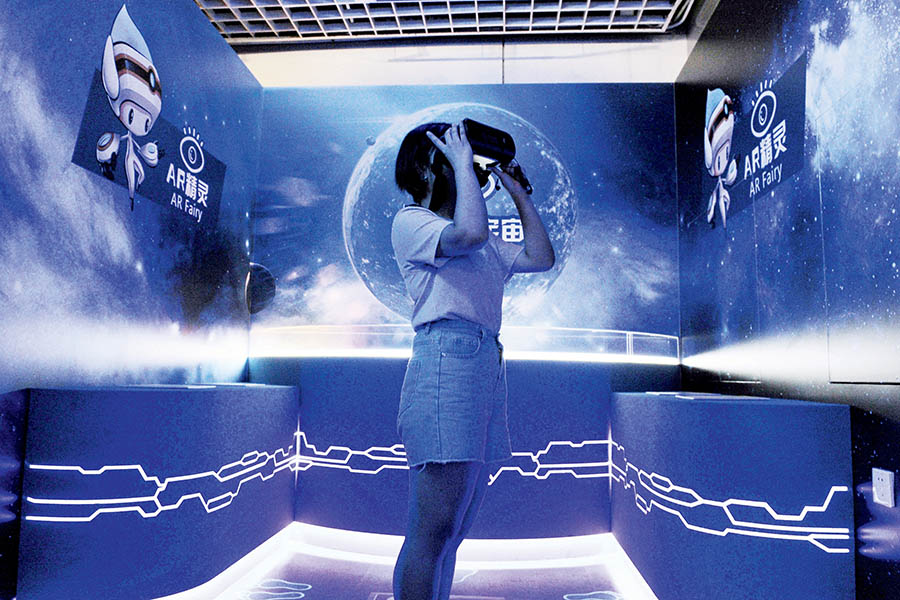 July 31, 2016: The first AR experience store opens on the Bund in Shanghai. CFP

Top 10 Technological Advancements Of 2016
Scan with wechat to share

Augmented Reality, or AR, is an upgrade of Virtual Reality (VR). With the help of computer technology, it applies virtual information to the real world, overlaying the real environment and virtual subjects in real time into the same picture or space. Such technology could clearly lead to breakthroughs in many sectors such as education and healthcare, despite the fact that it is mostly used today in video games.

Gene sequencing technology can be used to lock individual problematic genes and prevent and treat relevant diseases. In 2016, the cost of gene sequencing dropped drastically in China thanks to the development of cloud computing and big data as well as the domestication of gene sequencing instruments.

In February 2016, Boston Dynamics Inc., an arm of Google, announced the release of the humanoid robot “Atlas” that can move freely, squat, run, and even climb hills and carry items. Such an intelligent robot has aroused great expectations in many Chinese people.

“5G” refers to the fifth-generation broadband wireless communication standard which could be 40 times faster than the 4G network, enabling a smartphone user to download a 3D movie in six minutes. In 2016, China, South Korea, Japan, and the European Union invested heavily in the development of 5G network technology.

The world has seen rapid development in wearable technology over the last few years. In China, statistics show that the market for smart wearable equipment in 2015 was valued at 12.58 billion yuan (about US$1.8 billion) and could reach as high as 20 billion yuan (about US$2.88 billion) in 2016. Moreover, this technology, aimed at the personal consumer market, began moving towards the enterprise market. For instance, DHL tested equipping its employees with smart glasses, which improved efficiency by 25 percent.

In simple terms, a “smart home” refers to linking all equipment in a household with the technology of the Internet of Things to control appliances, lighting and environmental monitoring, all managed through a smartphone.

Last year brought the arrival of many such products to Chinese families.

Smart apps are more individualized and proactive than ordinary ones. Some apps released by major retailers can automatically push ads when users enter a store and analyze past purchases to introduce their most attractive new arrivals. Some apps send information to their users instantly, such as informing them their favorite café is nearby.

Cloud computing is nothing new in China, but in 2016, it became more integrated with greater numbers of industries and better utilized to solve problems related to mass data.

A totally new term for 2016, “digital twin” refers to computerized companions of physical assets that can be used for various purposes. Digital twins use data from sensors installed on physical objects to monitor their near realtime status, working conditions or position. It is estimated that in three to five years, hundreds of millions of articles will be digitally twinned. More enterprises will use this technology to plan or implement equipment maintenance, design work flow, forecast equipment troubles, upgrade operation efficiency, and assist in product development.