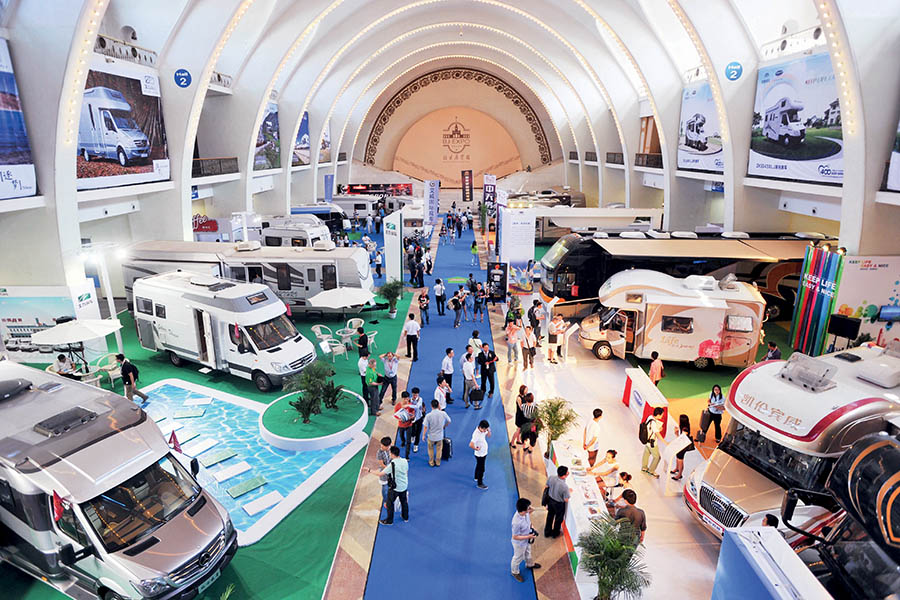 All in CARAVANING 2014 was held in Beijing. Many people believe that driving a car to picnic is a typical middle class activity in Western countries. CFP

Vague and Complicated Middle Class
Scan with wechat to share

At the end of October 2016, China’s State Council promulgated documents to define nationwide regulatory actions on property and distribution of income and further alleviate the tax burden on those below middle class while properly accelerating taxation adjustment on the higher-earning classes. The document didn’t define the term of “high income,” but many Chinese media outlets assume that the government will increase taxes on those with annual incomes over 120,000 yuan (around US$18,000). This has triggered heated online discussion.

At the end of last century, “middle class,” a term coined in Western countries, became known in China thanks to advertising by real estate brokers and automobile salesmen. As defined by Credit Suisse’s Global Wealth Report in 2016, those who annually earn US$28,000 to 280,000 in China are considered “middle class,” of which China tallies 109 million.

However, most members of the demographic feel like they’re barely surviving in China’s metropolises such as Beijing, Shanghai and Guangzhou. Their classification as middle class seems laughable if it’s defined by what they have seen in American and British TV dramas: spacious living quarters, private cars, pets, sports and social activities. The cost of living in different cities in China can vary drastically: The country lacks a unified way to calculate living conditions in every locale. Li Chunling, a female researcher with the Institute of Sociology under the Chinese Academy of Social Sciences, has long been committed to the study of China’s middle class. She sees members of the group vague and complicated.

China Pictorial (CP): What is the middle class?

Li Chunling (Li): There is no academic consensus. At present, economists in Europe and America place the group that ranks in the middle range in the social income distribution  middle class. But globally, the term  only refers to those whose  incomes and consumption meet certain levels.

Experts have agreed on some of the features of this group in modern industrialized and post-industrialized countries: white collar, at least with some higher education and middle income that coincides with well-developed European and American countries. It would be improper to categorize the middle class by occupation or income alone.

CP: In Western countries income, education and occupation at least roughly coincide in terms of numbers. However, the opposite is true in China. Those with more education, for instance, might not necessarily have high income.

Li: Exactly. In most developing countries, including the newly-rising emerging economies, the definition of “middle class” is a multi-faceted determination including occupation, income, education, and consumption. Over the past few years, Chinese media have reprinted a wide array of reports on the middle class in China released by international organizations, think tanks, and financial institutions. Their definition was mainly made based on economic norms.

In China today, the definition of “middle class” doesn’t necessarily include every white collar worker. The middle class here is complicated if you take into account economic norms, occupation standards and education.

CP: Objectively speaking, many Chinese people are middle class but wouldn’t agree with that determination.

Li: It’s an interesting phenomenon. There are many factors behind this paradox.

First, it’s a tradition for Chinese people to stay contained and cautious. Many don’t want to reveal in public that they earn middle or high income. Second, some deny their “middle-class” identity because they don’t feel secure with an incomplete social security system and lacking public services. Another key reason is that China’s rapid economic growth and dramatic social change over the last few decades have resulted in strong public pursuit for material goods, and many of those with comparatively favorable living conditions don’t want to acknowledge they are in the “middle class” already because they feel less satisfied and secure.

Li: Anxiety has always followed growth of China’s middle class despite the fact that both the country’s economy and the middle class are rising today. Many factors, such as the economic growth, dramatic social changes and changing cultural values, have brought pressure and confusion even though many people enjoy a better life materially.

Anxiety is the result of dissatisfaction deriving from great expectations. Many Chinese people assume that the middle class should own large stand-alone homes. However, purchasing such a home in big cities through a bank loan creates massive pressure on the borrower. Another burden comes from educating their children, especially if they want to send them to reputable schools. Economic growth and urbanization exert heavy pressure on peripheral sectors including food safety, personal privacy and environmental pollution, all of which greatly influenced quality of life and feelings of security. People become more anxious with increasingly-fierce competition, rising cost of living, and turbulent stock and housing markets.

CP: Has China’s middle class established their own cultural tastes and consumption methods like their British counterparts?

Li: Things are completely different in the two countries. In modern China, for instance, the middle class was born of the country’s economic reform and opening up as well as process of marketization. They have reached certain level in income and consumption, but they haven’t had time to build distinguishing identities in cultural tastes, values, and behavior patterns. In China today, this group is labeled by material consumption, such as housing, cars, and dressing styles.

CP: The middle class is considered a stable social segment in Western countries. What about China?

Li: It depends. Today, the Chinese middle class is undoubtedly stable because they tend to conservatively prefer moderate social progress rather than dramatic transformation.

The author works for the Beijing News ibookreview.