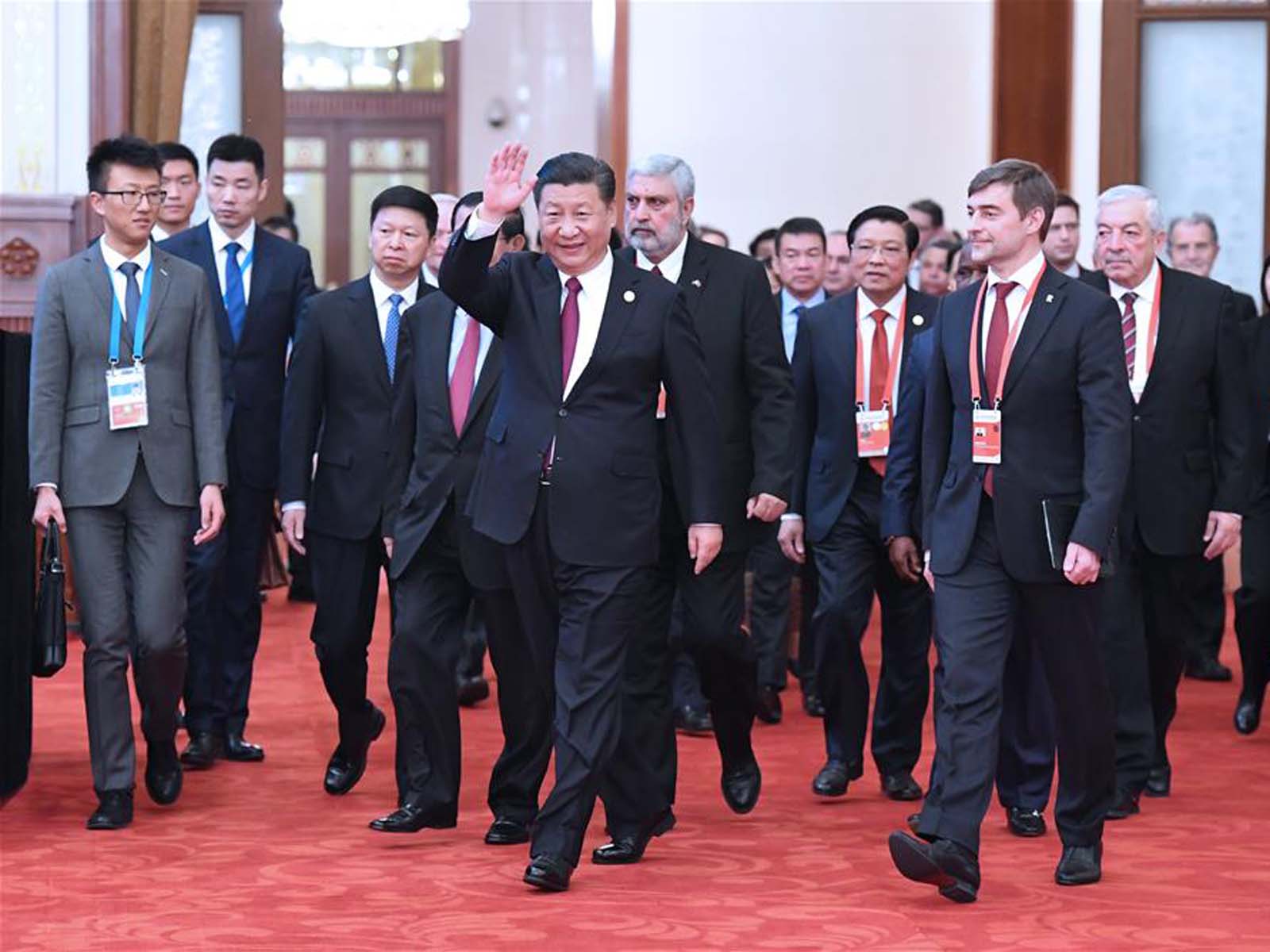 Xi Jinping, general secretary of the Communist Party of China (CPC) Central Committee, and foreign guests pose for a group photo before the opening ceremony of CPC in Dialogue with World Political Parties High-Level Meeting in Beijing, capital of China, Dec. 1, 2017. (Xinhua/Ding Lin)

Xi Jinping, general secretary of the Communist Party of China (CPC) Central Committee, on Friday proposed to develop a new model of party-to-party relations, in which political parties seek common grounds while shelving differences, respect and learn from one another.

Xi made the remarks at the opening of CPC in Dialogue with World Political Parties High-Level Meeting in Beijing.

Political parties of different countries should work together for an international network of cooperation and exchange in various forms and at multiple levels, he said.

Noting that the CPC has placed great importance on learning from the civilization achievements created by people of other countries and integrating them with Chinese realities, Xi said Marxism, which was introduced from abroad, has been adapted to the conditions in China, to the current times and in a popular style, and become the scientific theory by which the Party leads the Chinese people to march on unceasingly.

With an open vision and broad mind, the CPC is willing to carry out dialogues, exchanges and cooperation with peoples and political parties of other countries, he said.

In the next five years, the CPC would like to invite 15,000 members of foreign political parties to China for exchanges, Xi said.

Xi also suggested that the CPC in Dialogue with World Political Parties High-Level Meeting be institutionalized and developed into a high-level political dialogue platform of broad representation and international influence.

The CPC has kept regular contacts with more than 400 political parties and organizations in about 160 countries and regions.