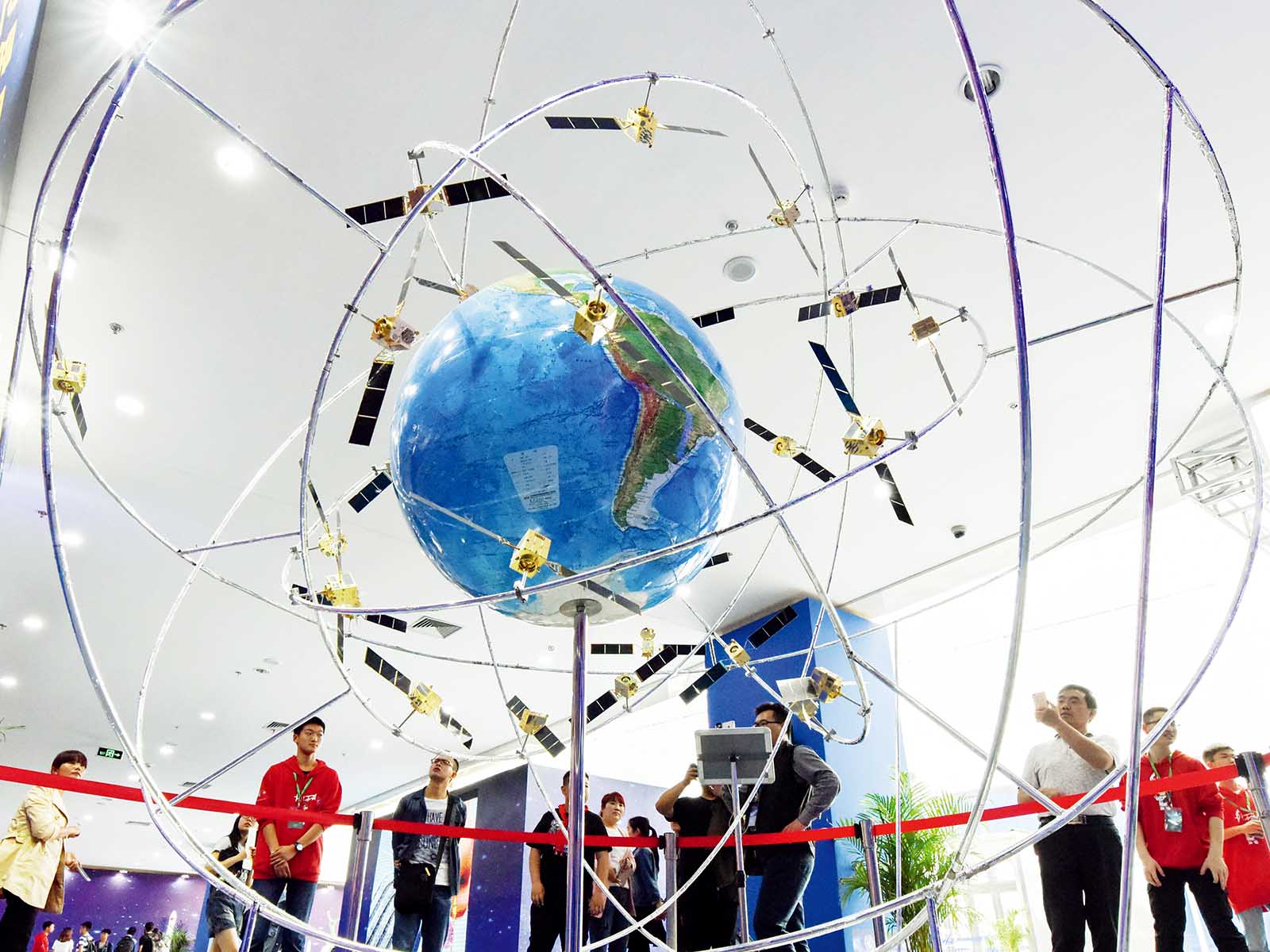 If you end up stranded on a deserted island today, hopefully your mobile phone still has power as well as the BeiDou Navigation Satellite System (BDS) app. With it, a castaway could send a “help” message to anyone within a hundred-mile radius.

China’s homegrown BDS features integrated functions of communication, location, time service and navigational guide. Stanford Professor Bradford Parkinson, considered the Father of the Global Positioning System (GPS), even noted that BeiDou’s unique design provides a wonderful experience of knowing where you are as well as anyone else.

China started building its own satellite navigation system in 2000 by sending orbiters into space to build a double-satellite experimental positioning system. The system, known as BeiDou-1, was only intended for domestic service. By the end of 2012, China had completed the BeiDou-2 system which expanded service to the Asia-Pacific region with 32 ground stations and 14 networking satellites, including five Geostationary Earth Orbit (GEO) satellites, five Inclined Geosynchronous Satellite Orbit (IGSO) satellites and four Medium Earth Orbit (MEO) satellites. Plans call for the BeiDou-3 system to accomplish constellation deployment with 35 satellites, including five GEO and 30 non-GEO satellites, to provide global service by 2020.

BDS, born decades later than the United States’ pioneering GPS, has become one of the four members of the Global Navigation Satellite System (GNSS) club alongside Russia’s GLONASS and the European Union’s Galileo. Like its peers, BDS provides two types of service: open service for the public and restricted service for the military. The public service is free, with location tracking accuracy within 10 meters and time synchronization within 10 nanoseconds.

China aims to strengthen international cooperation with other countries and organizations, and enhance the BDS compatibility with other satellite systems to benefit global users. China and the United States have been working towards GPS-BDS compatibility for years in fields like aviation. “Landing a plane in pea-soup fog conditions is pretty impressive,” remarked Tom Langenstein, executive director of the Stanford Center for Position, Navigation and Time. “It’s a nice area of cooperation between our countries.”

Many in China were introduced to BDS when it offered remarkable assistance to rescue efforts after the massive Wenchuan earthquake in 2008. The technology proved incredibly helpful in performing disaster relief. BDS can also be quite useful in fields such as wildlife protection and oceanic fishing, realms in which communication has previously been difficult and expensive.

Aided by ground stations across the country, BDS is improving accuracy to the centimeter regardless of atmospheric changes. “The National BeiDou Precision Service Network covers 317 cities across the country so far, and can provide precise location information, accurate time information and short-message communication service in almost every area,” noted Miao Qianjun, secretary general of the Global Navigation Satellite System and Location Based Service Association of China.

BDS is shaping everyday life in China with increasingly wide application. For infrastructure, it helps position underground gas and power lines, and monitor deterioration of bridges, highways and dams. In agriculture, the navigation system greatly improves farming efficiency by guiding operations of agricultural machinery. In transportation, the population of vehicles equipped with BDS is rising, and bike-sharing companies Ofo and Mobike have become its customers.

Data has indicated that the output value of China’s satellite navigation and locating services totaled around US$31 billion in 2016, with BDS contributing over 30 percent. That number is predicted to hit US$59 billion in 2020.