Beijing: Towards a Water-Wise City 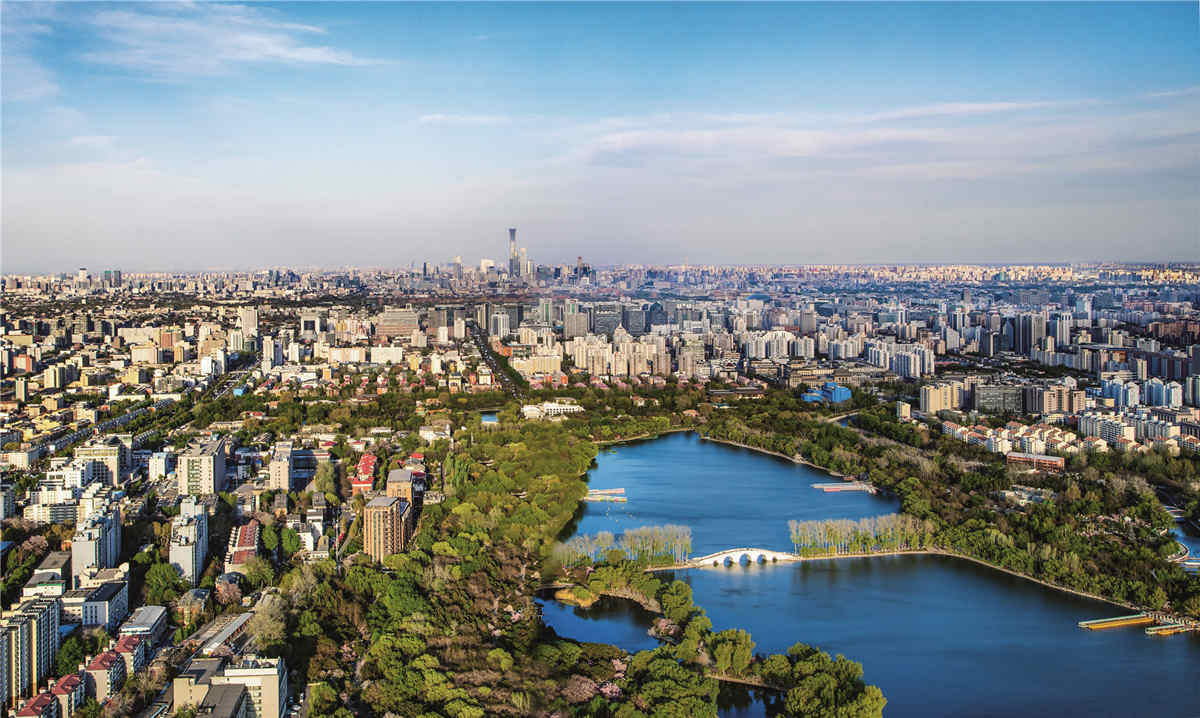 Yuyuantan Park in western Beijing, established in 1960, features Bayi Lake, with a water surface of 59.72 hectares. by Zhang Ye/China Pictorial

Beijing: Towards a Water-Wise City
Scan with wechat to share

Beijing has long been a city nurtured by water. Across its history of 3,000 years as a city and 800 years as a capital, Beijing has harnessed countless springs and rivers to develop five major water systems: the Yongding, Chaobai, Beiyun, Daqing, and Jingyun rivers. However, rapid urbanization and population growth caused the city’s water environment to deteriorate as the underground water level declined and water pollution escalated.

Fortunately, decades of remediation efforts have finally resulted in Beijing’s water environment gradually improving in recent years. At the end of 2014, the middle route of the South-to-North Water Diversion Project (Phase-I) was completed, reversing the situation of overexploitation of underground water in Beijing. By the end of 2021, the underground water level in the city’s plain areas had risen for six consecutive years. Many formerly dried-up springs and rivers began flowing again.

The revival of Beijing’s old water systems is reshaping cityscapes. Dating back to 1437, the Sanli River was the drainage course for the city moat of old Beijing. For centuries, people built houses along the river, forming the bustling Qianmen area. However, expansion of the city caused the river to be built over, and the area began to decline. In August 2016, the government of Dongcheng District launched a project to restore the natural watercourse of the Sanli River. To keep the water clean, rainwater collection and purification devices were installed on both banks. As a result, the aquatic ecosystem of the river was restored.

The Sanli River remediation project not only helped the area regain past glory, but also played an exemplary role in the overall restoration of Beijing’s water systems. During the 14th Five-Year Plan period (2021-2025), Beijing will gradually restore its old water systems and build a number of waterfront public spaces. For instance, historical watercourses such as the Xibanqiao section of the channel linking Beihai Lake and Jingshan Park and the Zhengyangmen section of the former city moat will soon be restored. Plans to restore the middle and lower reaches of the Jade River and the Golden Water River are under discussion.

To meet residents’ demand for waterfront recreation, in October 2019, the 11.4-kilometer-long Tongzhou section of the Beijing-Hangzhou Grand Canal opened to tour boats. In September 2020, Wenyuhe Park in Chaoyang District and Central Green Forest Park in Tongzhou District opened to the public, forming an ecological layout of “north park and south forest.” In 2019, the rainwater and flood regulation project in the western suburbs of Beijing became the city’s first water conservancy project open to tourists. In less than a year, it received more than a million visitors.

More and more rivers and lakes in Beijing have become popular destinations for residents to relax. Bayi Lake in Yuyuantan Park in Beijing’s Haidian District opens about 20,000 square meters of its water surface to the public. People can canoe on the lake in summer and skate on the icy surface in winter.

Beijing has blazed a distinctive eco-friendly path of water management and achieved phased results in water governance. According to Beijing Water Authority, the ratio of healthy water bodies in the city has reached 86 percent, in which species including phytoplankton, zooplankton, zoobenthos, and aquatic plants have substantially increased, further enriching biodiversity. Water management will remain an integral part of urban infrastructure construction and play a vital role in Beijing’s ecological progress in the years to come. “In the future, more waterways will be restored in Beijing, so people can enjoy more waterfront spaces,” declared an official from Beijing Water Authority.