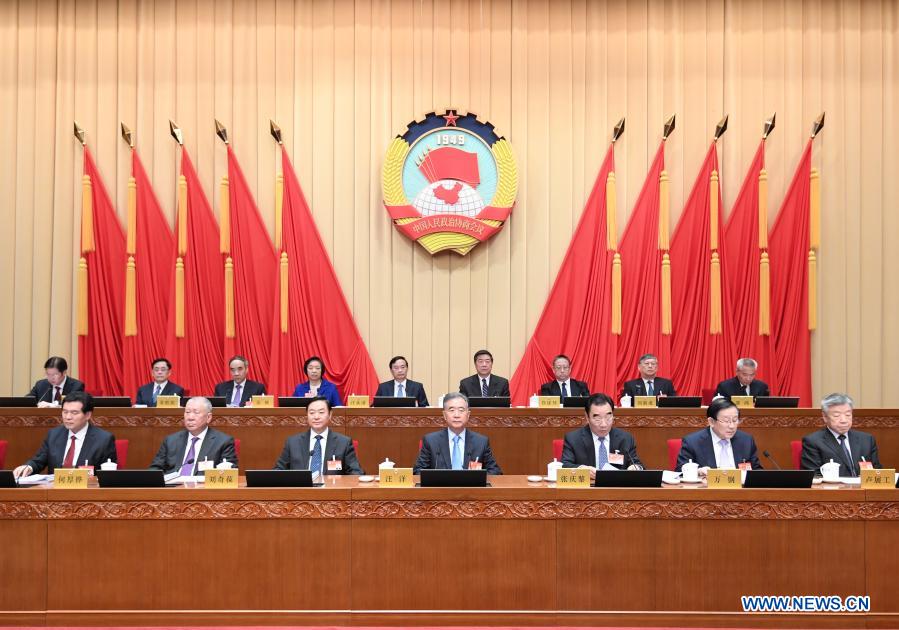 BEIJING, March 1 (Xinhua) -- The Standing Committee of the Chinese People's Political Consultative Conference (CPPCC) National Committee convened a meeting on Monday in Beijing to prepare for the upcoming annual session of the top political advisory body.

Wang Yang, a member of the Standing Committee of the Political Bureau of the Communist Party of China Central Committee and chairman of the CPPCC National Committee, attended Monday's opening meeting.

A decision was reviewed and adopted at the meeting to convene the fourth session of the 13th CPPCC National Committee starting from March 4 in Beijing. The decision also included a proposed agenda for the annual session.