Coronavirus Outbreak: A Test for China 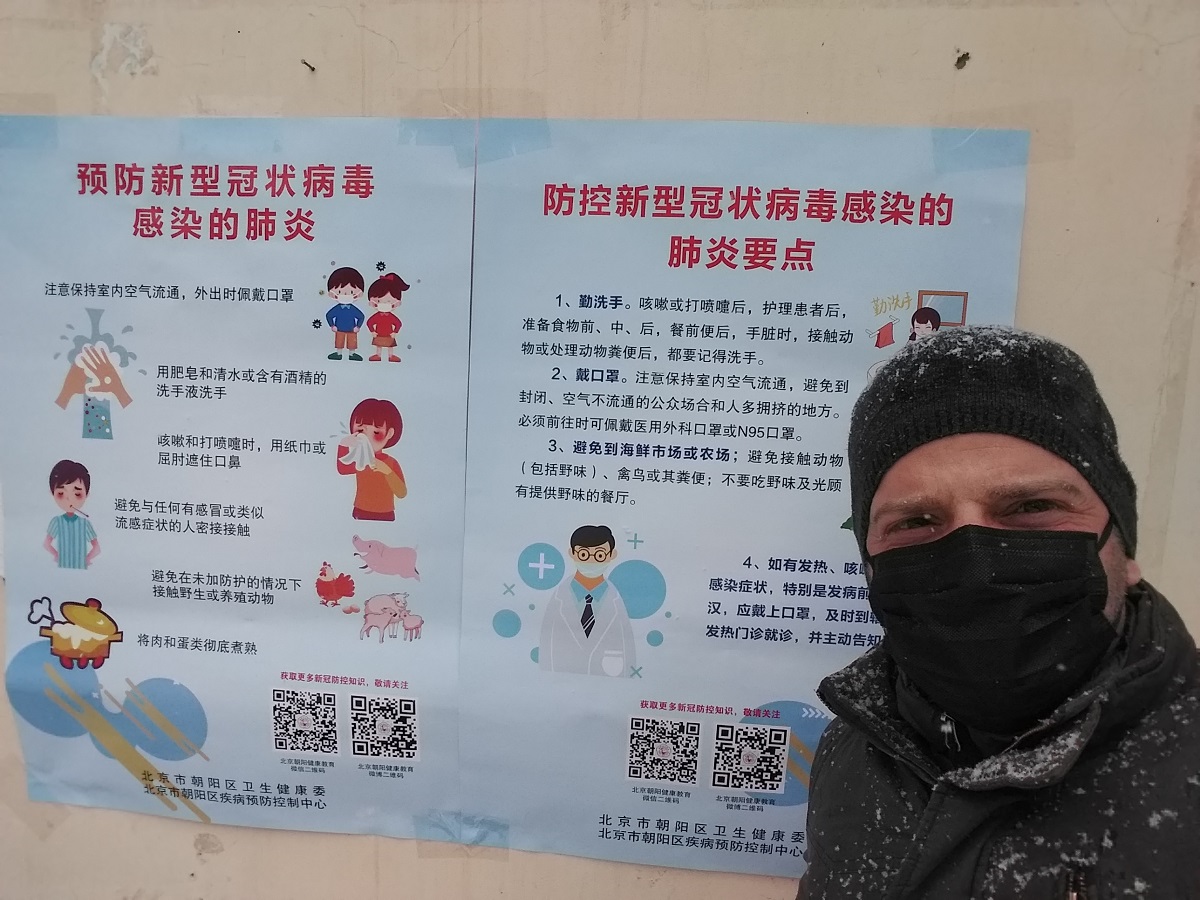 Coronavirus Outbreak: A Test for China
Scan with wechat to share

China is racing against time to contain the pneumonia epidemic caused by a novel coronavirus, which continues to spread after arrival to 14 countries so far. The Chinese government has put many preventative measures in place, such as extending the Spring Festival holiday, postponing the spring semesters of schools, and adopting transport restrictions in various areas.

As a foreigner living in China, my family worried about me and urged me to come home as soon as they heard the news. But my heart wasn’t open to leaving. After living in China for 13 years, I consider it my second home. So I decided to stay and help however I can.

I have been living in Beijing this winter. On the first day of the Year of the Rat, some shopping malls and supermarkets were open as usual. Everything seemed normal to me because the city was the same as last year and every year. Some have described the silent and empty roads in Beijing as something from a “ghost city” after countless people left the city for their hometowns to celebrate Spring Festival with their families. The Beijing streets are always empty, and most shops are closed this time of the year. The only difference is that this year people are wearing masks and almost each local community has a friendly baoan (security guard) checking the body temperatures of pedestrians before they go into the community and making sure that they live there by showing the “community entry and exit card” for more safety.

There were limitations on traveling and social gathering, which isn’t pleasant considering that this period is supposed to be a merry and enjoyable festival Chinese people look forward to all year long. But as many people say, “safety first.” The restrictions on movement are crucial to control the spread of the virus.

Today, hundreds of millions of Chinese people use social media, which did not exist during the SARS outbreak in 2003. A negative consequence is that a lot of exaggerated and fake news is circulating and amplifying the crisis on social media.

Particularly, people on the other side of the world have been panicked by fake news on Facebook walls, ranging from reports of food shortages due to the lockdown all the way to exaggerating the impact of the coronavirus as though everyone inflected would be dropping like flies. The disturbing rumors motivated me to share my real experience as a foreigner remaining in China during every chapter of the coronavirus attack.

I recorded radio interviews with three major radio stations in Tunisia, my home country, to tell people about the actual situation in China and refute fake information, which I felt was the least I could do for China during this ordeal. I wish I could do more.

China’s efforts to contain the outbreak have been impressive. Locking down an entire city like Wuhan with 11 million residents while providing them with security and necessities of life is quite a feat.

I must tip my hat to China for building a virus-dedicated hospital in Wuhan in just 10 days and filling it with 1,000 beds and the latest medical equipment. Such a miraculous effort inspired Tunisian media to joke that Chinese construction builders can have a villa ready for you by the time you get back from running errands. Efficiency and sense of responsibility are two impressive characteristics of Chinese people that have glowed in this crisis.

As a sign of solidarity, some countries provided medical supplies to Wuhan. I saw a very touching video projected on the famous Burj Khalifa in the United Arab Emirates, which included a waving Chinese national flag and a banner that reads: “Wuhan! You can do it!”

As Chinese President Xi Jinping has noted, the Chinese people now face a very serious battle. As long as the nation maintains confidence and continues joint efforts with scientific and targeted measures, the battle to prevent and control the contagion will be won. The country has been rocked by epidemics and shaken by earthquakes, but China overcomes the difficulties every time. There can be only one ending to this story, and it doesn’t involve continued spread of the coronavirus. Rather, the confidence and courage of the Chinese people will ensure their victory in the battle against the epidemic.

The author is an overseas development manager at Sinolingua.