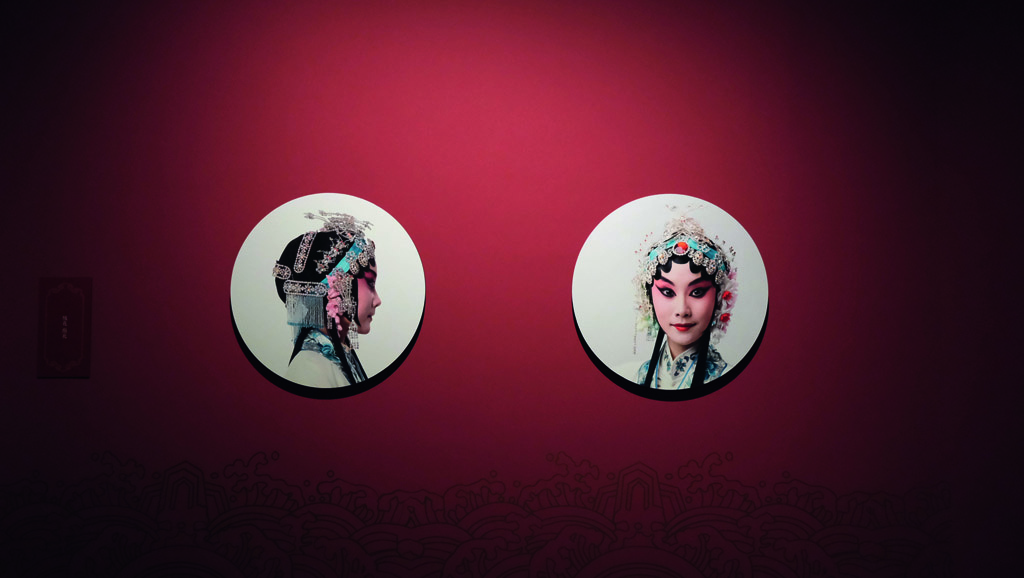 The Achievement Exhibition Celebrating the 70th Anniversary of the Founding of the National Academy of Chinese Theatre Arts (NACTA) and Theater Arts Education of the People’s Republic of China opened to the public at the National Museum of China in Beijing on December 26, 2020. The picture shows the profile photo of the White Snake Maiden, Bai Suzhen, in the Henan Opera play The Legend of the White Snake. by Chi Miao/China Pictorial

Glittering costumes, precious vinyl records, colorful stage stills and many other vintage objects used decades ago can now be seen at the Achievement Exhibition Celebrating the 70th Anniversary of the Founding of the National Academy of Chinese Theatre Arts (NACTA) and the Theatre Arts Education of the People’s Republic of China (PRC), which recently opened at the National Museum of China.

Founded by the Chinese government in January 1950, NACTA was the first national educational institution dedicated to Chinese theatre arts after the founding of the PRC in 1949. The first president of the academy was Tian Han, the lyricist of the national anthem of the PRC.

Today, NACTA is an exemplary national provider of theatre arts education thanks to a wide-ranging curriculum and a mature training system supported by a robust teaching staff. It produces the largest volume of high-caliber professionals, solidifying its status as the most influential school of its kind in the country.

This exhibition thoroughly traces the huge changes in Chinese theatre arts education since the founding of the PRC by cataloguing the development of NACTA over the past seven decades.

Organizers went to great lengths to showcase the long path that NACTA has walked since its establishment and demonstrate how it has reformed and explored the classics and embraced inclusive innovation, paving an increasingly broad path of development for Chinese theatre arts.

The exhibition takes visitors back to the heydays of big names from the academy such as Tian Han, Wang Yaoqing, Xiao Changhua and Shi Ruoxu, and captures the teaching stories of the “Four Peking Opera Masters”—Mei Lanfang, Cheng Yanqiu, Gou Huisheng, and Shang Xiaoyun—as well as lessons from other famous masters.

It offers a closer look at the beauty of Chinese opera from both sides of the stage through display of exquisite costumes, traditional musical instruments, and precious black-and-white stills.

The mysterious origins of many terms repeated in professional classrooms are revealed one by one at the exhibition. By gaining understanding of the “unique skills” of Chinese opera, the audience can better appreciate its profundity.

At the opening ceremony, Yin Xiaodong, president of NACTA, noted that some of the pieces on display came from the academy’s historical collection, but most were contributed by common people.

Many famous opera masters who studied or taught at NACTA contributed pieces from their own precious collections. This resulted in the unique opportunity to see so many exhibits of historical significance, which silently document the persistence and inheritance of artists over time. For example, famous artist Wang Yaoqing’s costume designed to be different on each side, master and educator Shi Ruoxu’s 71 diary manuscripts documenting the development and changes of NACTA since its establishment, Gao Shenglin’s lankao (blue armor), Lei Xifu’s lanmang (a garment with python patterns worn by senior officials), Yan Baoquan’s drums, Bai Dengyun’s clippers, and other items.

This exhibition also uses various technologies such as multimedia interaction systems to enhance the viewing experience. The exhibition hall features many exquisite costumes, props, and design works used on the opera stage. A series of musical instruments, records, opera scripts, and 3D light shows have also been displayed, attracting a number of visitors.

“In this exhibition, we tried employing new and creative ways to better display static exhibits,” said Yin. “By promoting the integration of modern technology and traditional art, we hope to get people from all walks of life interested in traditional culture, especially theatre arts and education. We have also been working hard to explore how to make theatre arts from thousands of years ago glow with modern vitality and powerful appeal in the new era so that they can develop with the times.”