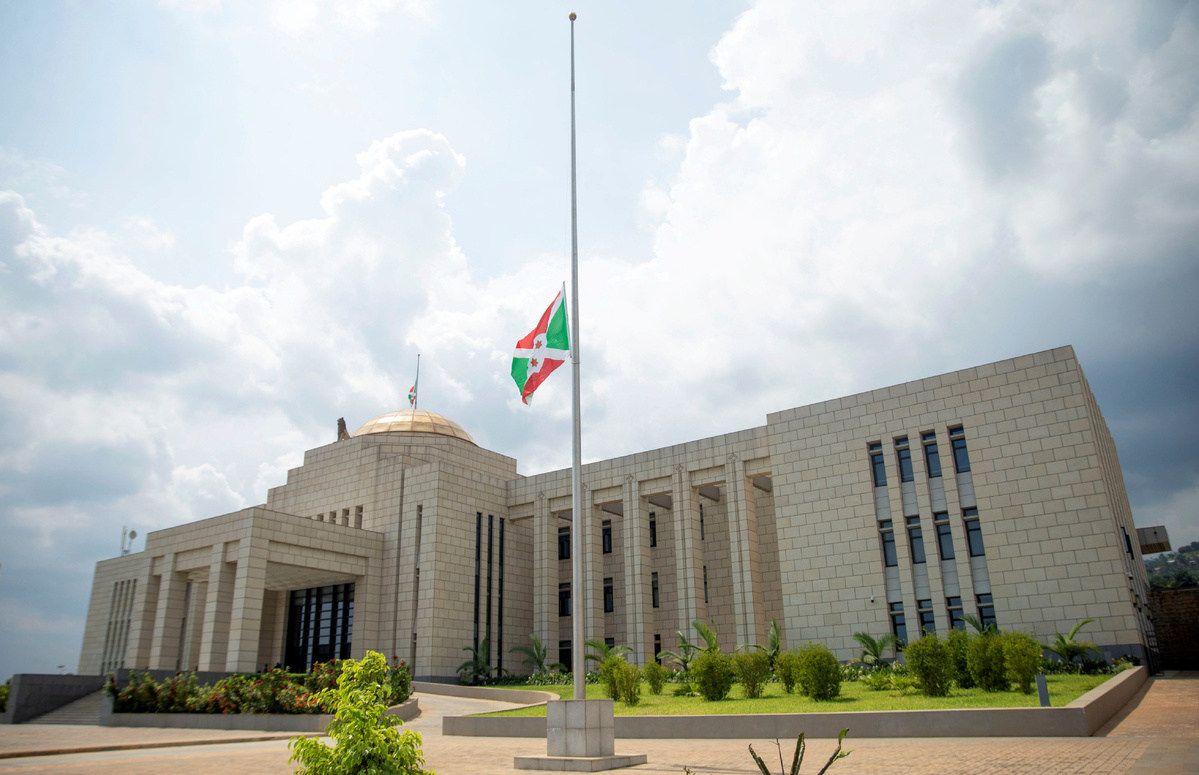 The Burundian national flag flies at half mast outside the State House building following the death of Burundi's President Pierre Nkurunziza, in Bujumbura, Burundi on June 10, 2020. [Photo/Agencies]

On behalf of the Chinese government and people and in his name, Xi expressed deep condolences and sincere sympathy to Nkurunziza's family and his country's people.

Calling Nkurunziza an excellent statesman, Xi said that he had led the people of Burundi to safeguard national sovereignty and fight foreign interference.

Nkurunziza has made great efforts to promote national peace, stability and development, and he was loved by the people of Burundi, Xi said in the message.

Xi said that Nkurunziza was dedicated to promoting the traditional friendship with China and boosting mutual political trust. The Burundian leader made important contributions to deepening the China-Burundi all-weather partnership, Xi said.

He called Nkurunziza's death a heavy loss not only for the people of Burundi but also for China-Burundi friendship.

China cherishes the all-weather friendship with Burundi, and would like to make joint efforts with the country to deepen the friendship and benefit the people of both countries, Xi added.

Nkurunziza, 55, died from cardiac disease on Monday, according to a Twitter statement on the official account of the Burundi government.

"The government of the Republic of Burundi present their most sincere condolences to the Burundian people in general and to his afflicted family. Burundi has just lost a dignified son of the country, the President of the Republic, a Supreme Guide of National Patriotism," the statement said.